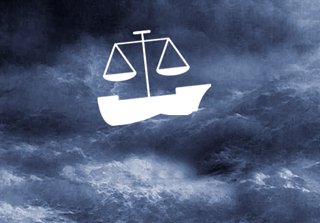 Are democratic institutions better at distributing incomes fairly? In an autocracy, wealth and production work in favor of the ruling power. It has less interest in improving the lot of the common masses. But in a democracy, the government must work to improve income distribution for the greater population because power is divided among the legislative, judicial, and executive branches of government.

In recent years, however, democratic governments have not done well in this mission of fairness. They were swayed by ideological and populist temptations. Their policies generated more harm than good.

For a government to stay in power in a representative democracy, it must pursue policies that can win support from a broad population, especially the middle class. Data around the world shows that the more mature a democracy is, the higher its taxes to ensure better social security and welfare.

Income redistribution policy evens out inequalities in wealth and income. Yet it cannot be the fundamental solution. Income distribution worsened across the world since the 1980s due to globalization, fast advances in technology and a widening education gap.

After China entered the global market with its cheap labor, wages of low-skilled factory workers in other countries became stagnant. Technology made fast strides through a concentration of capital and skilled work forces. As a result, compensation for human labor dwindled. The wage gap between workers with advanced and rudimentary educations widened. Workers had to compete with machinery and work forces in other countries to keep their jobs.

All states endeavor to build social security to protect the weak, ensure basic livelihoods for the poor, ease inequalities and build a system to fuel sustainable growth in their economies. But it is not easy to provide a system everyone can be happy with while keeping the economy growing at a steady pace. Many side effects can occur if a government resorts to an easy policy of upgrading welfare benefits without addressing the fundamental causes of economic inequalities.

The Wall Street-triggered financial meltdown in 2008 was a typical case of an unforeseen result from a well-intended policy. Many low-income Americans were without homes because of expensive home prices and worsening income disparities in the early 2000s. Many city councils passed acts to make it easier for low-income earners to get loans to buy homes. Amid ultra-low interest rates, a housing bubble burst, leading to chain insolvencies in subprime mortgages. The financial sector was almost wrecked and massive layoffs occurred. A policy aimed at improving income distribution ended up doing the exactly the opposite.

A policy to redistribute wealth and income will most likely slow an economy. Higher taxes and unproductive fiscal spending can discourage corporate spending and technology development. Labor sentiment also could be hurt. Some scholars claim that improvement in income distribution can help promote growth. Fairer distribution can boost spending by households, give more education opportunities for the talented yet underprivileged, and encourage investment by making a society more stable. It can contribute to economic growth, but cannot have a direct or lasting effect.

Populist policies of sharing the fruits of prosperity more broadly can wreck public finances over time. The bill is eventually dumped on future generations, who could end up without pensions because of earlier generous payouts.

Hugo Chavez was able to extend his presidential term four times and rule Venezuela for 14 years since 1998 through populism. Venezuela became the fairest country in Latin American in terms of income distribution by the time he died in 2013. But his quick-fix economic policies and reckless public spending without addressing the underperformance of industry and over-reliance on oil sent one of the richest South American economies to the brink of national default. The country’s fiscal deficit this year amounts to a whopping 20 percent of its gross national product while inflation hovers at 670 percent. The economy contracted by 9 percent, making it hard for people to buy even basic necessities.

As a democracy wants to meet the demands of the people, a government can fail in policy prioritization. A wise and capable government must look at the feasibility and effect of each spending plan and implement policies with a long perspective.

In South Korea, public education should be reformed to allow greater social mobility and the labor market overhauled so that more can have an opportunity to demonstrate their potential. Workers also must be retrained to stay abreast of the technological advances. More small innovative enterprises should be fostered. Domestic demand and services must be broadened to provide more jobs. These steps would help a benign cycle for distribution and fuel growth. They won’t turn out immediate results, but a good economic policy should have eyes on the future, not the next five years.

*The author, a former senior economist at the Asian Development Bank, is a professor of economics at Korea University.