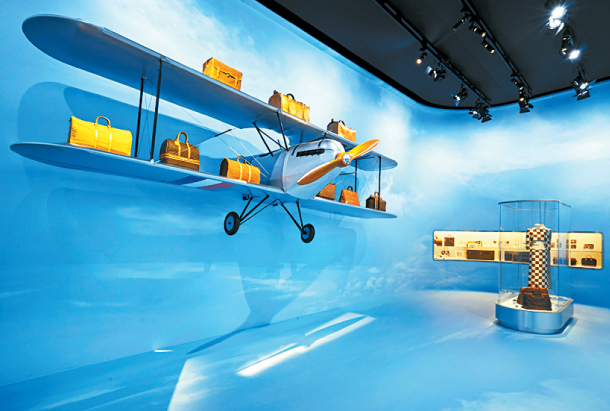 The thematic journey, curated by Olivier Saillard and designed by Robert Carsen, consists of nine sections, opening with the symbol of Louis Vuitton: an antique malle. The exhibition also includes a section about collaborations with famous artists such as Takashi Murakami, Richard Prince, Jake and Dinos Chapman and Jeff Koons.

ROADS OF ARABIA - THE ARCHAEOLOGICAL TREASURES OF SAUDI ARABIA

To Aug. 27: Saudi Arabia is not only known for its beautiful deserts and massive oil reserves, but also for its priceless archeological treasures from centuries ago. To celebrate the 55th year of diplomatic ties between Korea and Saudi Arabia, this special exhibition will showcase about 466 historical and archeological relics, some of which go back to 4000 B.C.

Massive silver-gilt wooden doors that graced the entrance to the Ka’ba at Mecca, a gold funerary mask from the 1st century, and a copper coffee pot from the 19th century called the dallah, will be exhibited.

THIS IS CONTEMPORARY ART

To Sept.1: This show consists of the semi-retrospective shows of the two well-known artists - Dongi Lee and Osang Gwon. It will help visitors to the K Museum, a museum that opened only six months ago, understand its character.

Lee is a painter and Gwon works with photography sculpture, and each has their own unique style.

But they share some commonalities - close relations with contemporary pop culture and strong visual messages with a tinge of humor.

Admission is 12,000 won. It is closed on Monday. Go to Apgujeong Rodeo station, Bundang Line, exit No. 5 and walk five minutes. 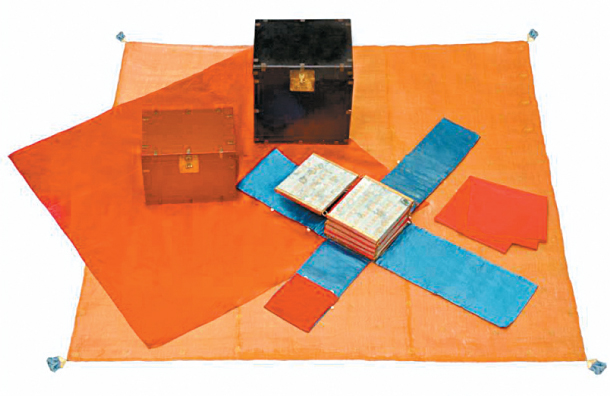 COURTLY TRADITION: THE ART OF WRAPPING IN THE JOSEON DYNASTY

To Sept. 3: This exhibition sheds light not on the relics, but on what wrapped the relics and royal objects that usually get displayed in the museum.

Many of the precious royal objects and offerings during the Joseon Dynasty (1392-1910) were wrapped in colorful cloths to either protect or decorate items as well as add additional adornment.

Wrapping objects had to strictly follow the royal protocols, which states in detail what kind of material and which size and color wrapping cloths should be used. 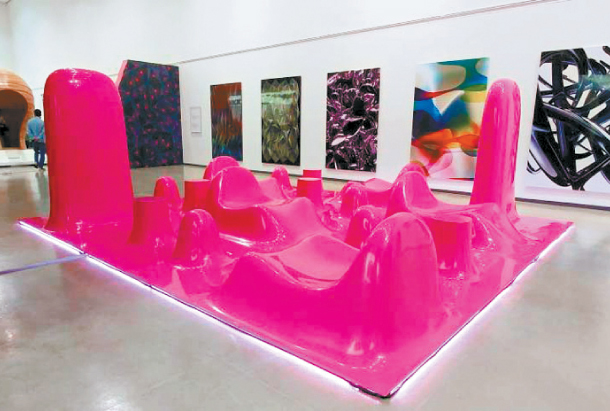 KARIM RASHID: DESIGN YOUR SELF

To Oct. 7: This may be a designer’s exhibition, but what you see is more than just a collection of clever furniture. There are officially some 350 pieces of work put on display, such as furniture, objets d’art, design sketches, paintings and sculptures that people can not only look at, but touch and feel for themselves.

So rather than just imagining what it would feel like to sit on one of Rashid’s famous curvy sofas, visitors get an opportunity to appreciate his work with their very own bodies.

On top of that, even the vivid colors and eye-catching patterns of the walls are chosen from Rashid’s design archive. 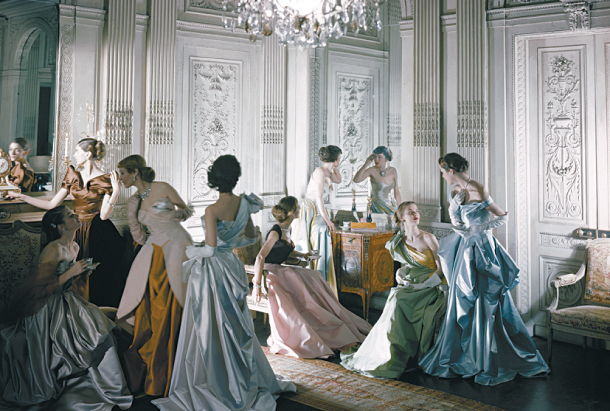 To Oct. 7: The exhibition features more than 100 pieces of fashion photography from among the numerous photos for the iconic fashion magazine Vogue over its 125-year history.

The featured pieces were inspired by famous paintings or various art movements.

The exhibits include a photo from among legendary photographer Irving Penn’s works inspired by Rococo-era portraits, and works by Erwin Blumenfeld and Erwin Olaf, inspired by the famous “Girl with a Pearl Earring” painting by 17th-century Dutch master Johannes Vermeer. The photos on view were taken by 32 fashion and portrait photographers who range from the late masters such as Penn and Cecil Beaton to relatively young photographers such as Tim Walker and Camilla Akrans. 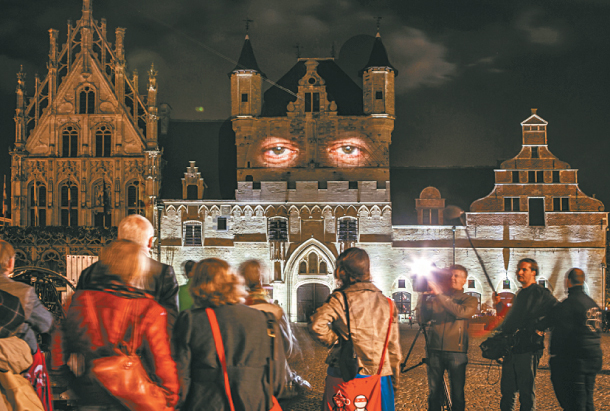 To Oct. 9: The Polish artist Krzysztof Wodiczko, 74, is famous for his public art projects. Although grand monuments and facades are meant to show off a city’s power and glory, Wodiczko has turned them into film screens on which the cities’ neglected people or social minorities appear and speak.

His first-ever retrospective in Korea includes the video records of 10 of the artist’s public art projects. There is also his latest work “My Wish.” On a replica of a monument to Kim Koo, a leading Korean independence activist, are projected the images of contemporary Koreans.

To Oct. 15: The exhibition features some 130 pieces of M. C. Escher’s most famous works, including the picture of two hands drawing each other, of lizards crawling out of a piece of a paper, or a patterned picture of fish and birds fitting exactly into each other.

Visitors can see how Escher chose to use reality to twist the people’s normal perceptions and ideas.

By providing a scene that seems quite probable at first sight, Escher creates a discord between one’s visual senses and the intellect that processes the given information in his famous works such as “Reptiles” and “Ascending and Descending.”