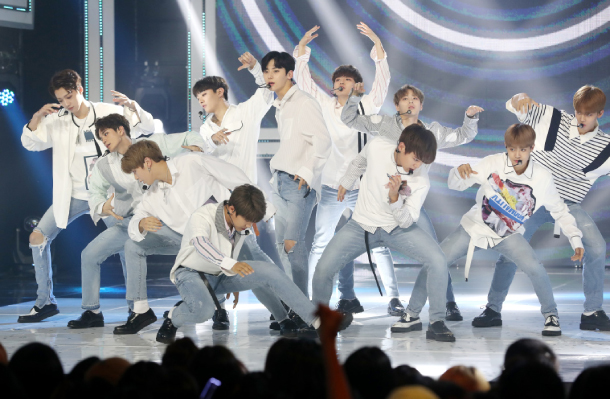 Wanna One, the boy group formed on the second season of Mnet’s “Produce 101,” attained stardom even before their career kicked off thanks to the massive popularity of the show.

A similar incident occurred on Friday, when Wanna One was making their way into a studio to record a performance on KBS2’s “Music Bank.”

Some eager fans swarmed vehicles carrying group members, eager to take pictures and catch a glimpse of the group in person.

Due to the incident, the boy group’s fan meeting prior to Music Bank was canceled by YMC Entertainment and KBS for safety concerns.

The group’s enthusiastic fans have become known for creating logistical issues in the past.

For instance, at “KCON 2017 LA” on Aug. 17 their fervent devotees ignored warnings from security in order to try to get an opportunity to meet the group’s members.