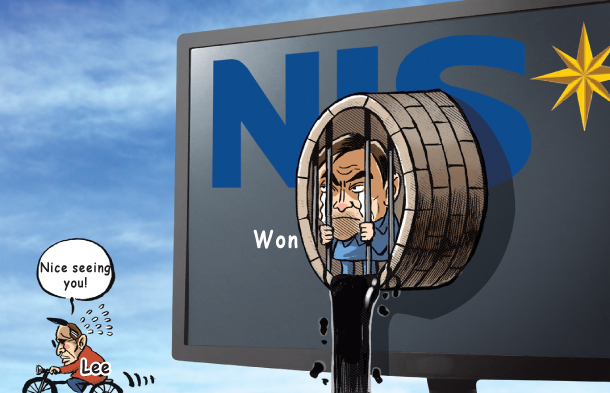 Former head of the National Intelligence Service Won Sei-hoon was sentenced to four years in jail Thursday on charges of violating the Public Office Election law. The Seoul High Court ruled that under the Lee Myung-bak administration, Won ran a campaign to help Park Geun-hye win the presidential election of 2012.