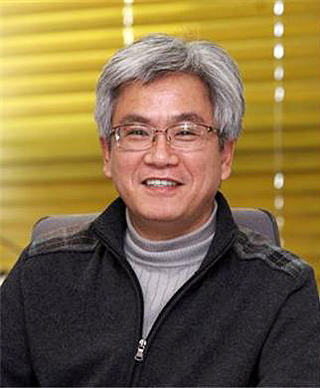 President Moon Jae-in on Thursday named a prominent molecular biology professor to lead a major office under the Ministry of Science and ICT after his previous nominee resigned from the post for past ethical lapses.

Lim Dae-sik, a professor at the Korea Advanced Institute of Science and Technology, has been appointed to head the ministry’s science, technology and innovation office, an important post in the department. He will replace Park Ky-young, a biology professor at Sunchon National University who resigned last month in response to public outcry about her involvement in Korea’s largest scientific fraud case, the infamous Hwang Woo-suk scandal of 2005.

Hwang went from “Korea’s pride” to national disgrace that year after it was revealed he had falsified his stem cell research and embezzled government funds.

The Blue House said Lim’s background in biology made him an ideal candidate for the position.

“As a prominent figure in oncology and biology, Lim is qualified to lead change and innovation in the fields of science and technology,” said Park Soo-hyun, a spokesman for the Blue House.

The office that Lim has been tasked to lead oversees policy making related to science and technology and manages a 20 trillion won ($17.8 billion) budget for research and development. The role is equivalent to that of a vice minister and entitles Lim to attend presidential cabinet meetings.

Born in 1965 in Seoul, Lim earned both his bachelor’s and master’s degrees in microbiology from the prestigious Seoul National University. He went on to receive a doctorate at the MD Anderson UTHealth Graduate School in Houston.

Lim then did his postdoctoral work at Johns Hopkins Hospital and St. Jude Children’s Research Hospital. His research involves the relationship between cancer and genetics.

Lim’s predecessor, Park, resigned on Aug. 11, just four days after taking the job. Her short tenure was riddled with reports that she collaborated with Hwang, the controversial stem cell researcher, on a fabricated paper.

Park’s critics said that a researcher with questionable academic ethics should not hold the science post.