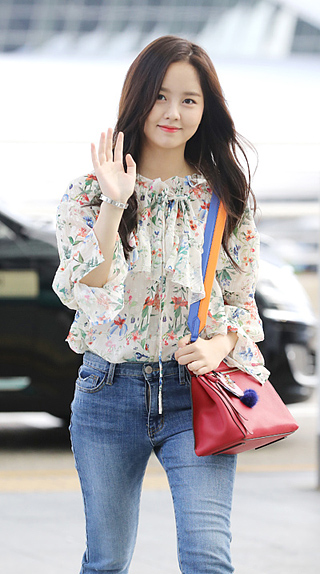 Kim So-hyun officially left SidusHQ on Thursday after seven years with the agency.

The entertainment company reported that Kim has decided to end her contract after a long deliberation.

“We wish her luck on her future endeavors, and we thank her fans who will keep watching over her progress with interest and support,” read the statement made by the company.

Having debuted as an actress under SidusHQ’s management, Kim decided to take a step in a new direction after her contract expired in July.

Appearing in KBS2’s 2008 “Hometown of Legends,” Kim had gained fame for her role as a younger version of the villain from MBC’s “Moon Embracing the Sun.”

She graduated from the status of teen actor into a fully-fledged actress in MBC’s 2017 drama “The Emperor: Owner of the Mask.”

Kim recently passed a high school equivalency exam, and announced her dreams of majoring in drama and cinema on Monday.