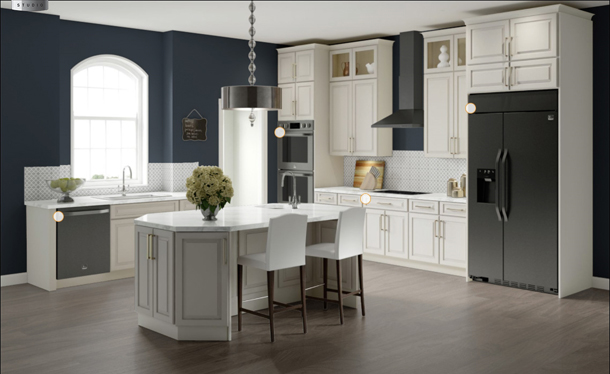 LG is showing a premium built-in kitchen system at its booth at the IFA 2017, which kicks off today in Berlin. [LG ELECTRONICS]

The annual IFA consumer electronics fair in Berlin has been talking about connected homes for years. This year’s show, which starts today, will focus on the voice-controlled personal assistants that will be the main brains of connected homes of the future.

In Berlin, LG is announcing that it is teaming up with Amazon to link seven of its home appliances ?- refrigerators, washing machines, clothes dryer, air conditioners, air purifiers, ovens and robot vacuum cleaners - with Amazon Echo speaker, which is powered by the Alexa voice-controlled personal assistant.

This is an expansion of the LG’s partnerships with global tech behemoths. LG announced in May that its Signature-brand smart appliances will be compatible with Google’s Assistant on the Google Home device in the United States.

In the partnership with Amazon, an LG robot vacuum can be started up when its owner says aloud, “Alexa, start vacuuming.” Other possible points of conversation with the personal assistant and the appliances: “Alexa, are my clothes clean?” or “Is the laundry done?”

LG unveiled an Echo-powered refrigerator at the beginning of the year at the Consumer Electronics Show 2017. The seven new appliances that work with personal assistant will be launched for sale in the United States by the end of this year, LG said. 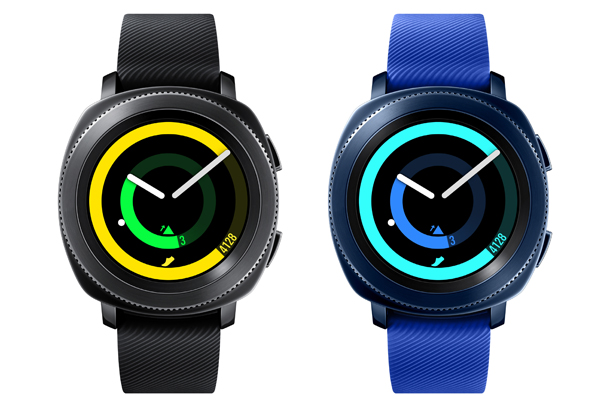 That will allow owners of those fridges to ask the time or weather updates, search the internet, read news articles, play music and radio, add items to their shopping list and view the inside of the refrigerator on a display on the door. The refrigerator has a camera in its interior.

Home appliance makers consider refrigerators hub for smart homes because they operate around the clock. Samsung is promising to boost voice-controlled connectivity of white goods over time.

“Samsung has continuously enhanced the Family Hub since its first introduction at the CES 2016, focusing on improving consumer lifestyles,” said J.S. Park, executive vice president of the digital appliances business at Samsung Electronics. “Our endeavor to advance the smart features of home appliances has always been closely tied to our mission to make a meaningful difference in the lives of individual consumers and families with innovations that matter.”

In a move to boost the lucrative business in Europe, LG installed a premium built-in kitchen studio at its booth at the IFA. At 84 square meters, the studio is equipped with a wall-mounted oven, a range and a large refrigerator.

All the products on display are in the so-called “black stainless steel,” coated stainless material with a luxurious feel and less liable to pick up fingerprints.

Other home appliance giants such as Panasonic and Miele are also touting smart capabilities at their booths. Panasonic is taking the wraps off GA10, one of a new wave of speakers using Google Assistant, while German giant Miele will announce Scout RX2, a robot vacuum cleaner with twin cameras. It is also showcasing the Dialog Oven, which cooks with electromagnetic waves as well as traditional radiant heat from the top and bottom of the device.

Samsung and LG are using the IFA to boast their prowess in the premium TV segment, too.

Samsung, the world’s No. 1 TV producer by sales, unveiled a 43-inch version of its art-inspired Frame TV, which was only available in 55 and 65 inches previously. The TV can display art that owners can buy online for a $5 monthly subscription. Owners can also upload their own photos for display on the high-end TV.

Samsung announced owners can change frames from the TV from the original black border to white, oak and walnut finishes for up to $250.

The company has partnered with leading galleries and museums such as LUMAS, Saatchi Art, Sedition and Prado Museum to make the Frame TV an art-centric device within the home.

LG has joined forces with Danish luxury audio producer Bang and Olufson to showcase an expensive OLED TV that comes with wheels that angle the TV to an optimal viewing angle. Called BeoVision Eclipse, the TV has a 450-watt sound system. It goes on sale this month.

Some 13 producers from around the world are expected to showcase OLED TVs at the IFA, up from eight last year. OLED TVs brag of having perfect blacks and superior picture quality compared to traditional LCD TVs.

On Wednesday, a day before LG debuted its V30 smartphone at the Berlin show, Samsung added a new smartwatch to its portfolio that emphasizes a fitness tracker feature. The Samsung Gear Sport, the successor to the Gear S3, can record swimming sessions with a pre-loaded Speedo On app. It carries a 1.2-inch circular AMOLED display that is thinner than that of the Gear S3 and is compatible with both iOS and Android smartphones. The price is not available yet.

The 2017 edition of IFA, the biggest consumer electronics show in Europe, will see some 1,600 exhibitors from around the world and 240,000 visitors. It is scheduled to wrap up on Sept. 6.