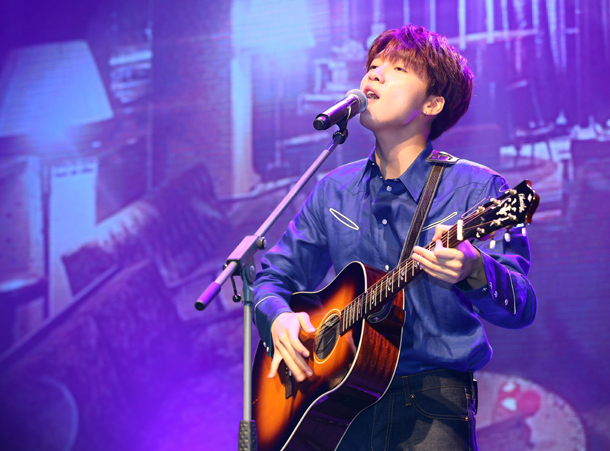 Jung Se-woon, a contestant on the second season of Mnet’s “Produce 101” released the album “Ever” on Friday and it quickly reached No. 1 on major music charts such as Olleh Music, Bugs Music and Genie Music.

At his debut album showcase held Thursday Jung said that “it’s an honor for a fledging artist like me to even have a showcase.”

“I would like to become an artist that does a broad range of genres and continues to grow in musical performances. All I want is for people to listen to my music often,” he said.

The six total songs, including the lead single “Just You,” were produced by big-name producers such as Groovy Room, Duble Sidekick and Sik-K.

Jung has a long history of missed opportunities, which started back in 2013 when he appeared as a contestant on the SBS audition program “K-pop Star 3.”

On “Produce 101,” Jung was ranked just short of the cutoff and failed to make the final cut to join the boy group Wanna One.

His album has two versions, “+Glow” and “+Green,” which signify hope for his success in fame or innovation.