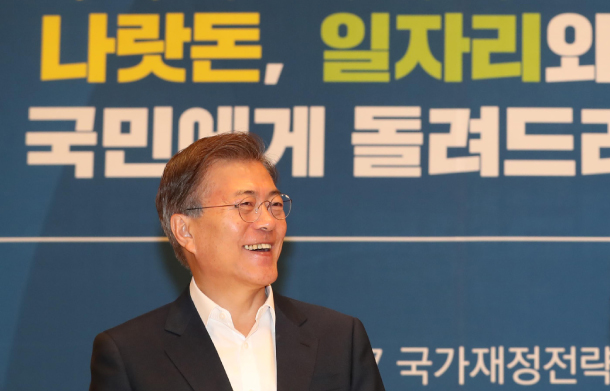 Despite North Korea’s missile threats, Korea’s sovereign rating remains at the third highest level, thanks to its healthy fiscal standing. As of the end of last year, Korea’s debt to GDP ratio is 38.3 percent, far lower than the 107.4 percent of the United States and 239.2 percent of Japan. But we cannot be assured yet.

In December 2015, the Ministry of Strategy and Finance published a long term fiscal projection by 2060. It was the first long-term outlook by the ministry. If the government increases the discretionary spending according to economic growth, the debt to GDP ratio will be 62.4 percent in 2060.

The ministry warned of three potential scenarios. First, 10 trillion-won ($8.9 billion) of mandatory spending would be added by 2020 without other sources of revenue. Second, the basic pension payment would increase according to the national pension plan. Third, the economic growth rate would drop by 0.3 percent annually. When all these actually happen, the debt to GDP ratio will soar to 157.9 percent in 2060. How can we be sure these scenarios won’t come true?

The Moon Jae-in administration advocates income-driven growth and proposed to add 170,000 jobs during his term. The minimum wage will be raised by more than the average from the last five years. A 3 trillion won increase is already reflected in next year’s budget, and the basic pension will go up from 200,000 won to 250,000 won from April.

Expansion of welfare is certainly necessary, but it calls for continued financial support. A considerable portion of corporate tax and income tax revenue comes from large corporations and their employees. But large corporations are struggling. Korean shipbuilding companies have been beaten by Chinese competitors. Four Hyundai Motor plants in China temporarily suspended operation as they failed to pay for parts in time.

According to the 2017-2022 National Fiscal Management Plan published together with the budget plan, fiscal spending is to increase by 5.8 percent, while fiscal income increases by 5.5 percent. Moreover, the rate of mandatory spending increase is 7.2 percent. The Ministry of Strategy and Finance plans to cut down on unnecessary spending and maintain the debt to GDP ratio at the 40.4 percent level by 2021. That’s the same as killing two birds with one stone. The National Assembly and financial experts must verify the plan thoroughly.

It may work during the current administration, but things can worsen later. The aging of the population will soon accelerate. The government proposes annual budgets and makes five-year projection. Government finance needs to be managed with a long-term perspective looking at 10 to 20 years. Only then can we plan sustainable welfare policy.

The author is a deputy business news editor of the JoongAng Ilbo.