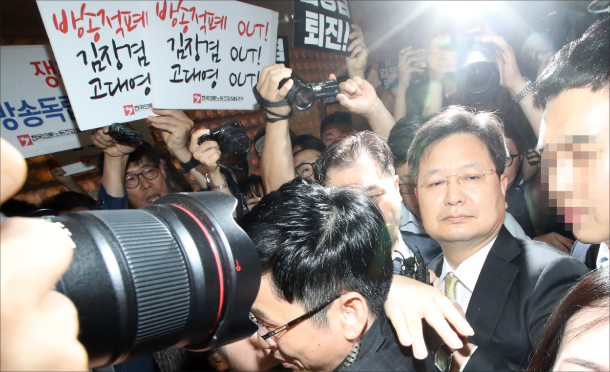 Kim Jang-kyom, CEO and president of public broadcaster MBC, leaves 63 Square in Yeouido, western Seoul, after a Seoul court issued a warrant to detain him Friday. Kim had refused three times to answer the Labor Ministry’s summons for questioning. On Tuesday, unionized workers of the broadcaster voted to go on strike demanding Kim’s resignation over alleged political meddling in news production and using his influence to produce newscasts favorable to the Park Geun-hye administration. [YONHAP]