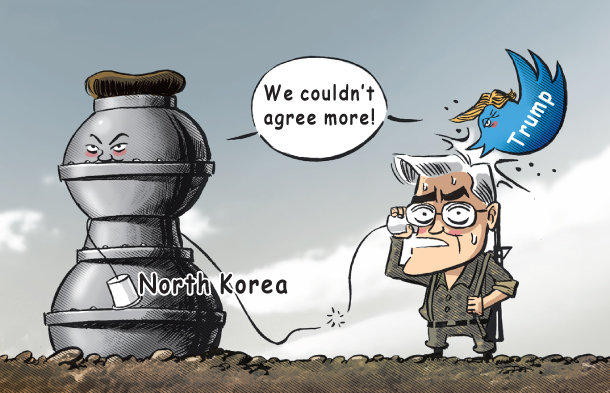 South Korean President Moon Jae-in is embarrassed at U.S. President Donald Trump’s recent tweet in which he said, “The U.S. has been talking to North Korea, and paying them extortion money, for 25 years. Talking is not the answer!” North Korea has shown no interest in dialogue with his government.