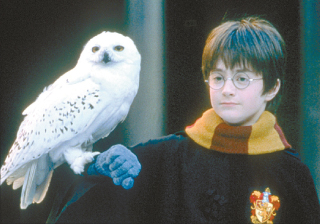 There is a Swedish filmmaker who began his career making 2- to 3-minute-long horror films for YouTube. The movies were filmed at his home, and his wife was featured in them. Thanks to his unique imagination and directing style, his films became popular, and he made it to Hollywood. His film “Annabelle: Creation” even became a hit in Korea. This is how David Sandburg found success.

In the end, creativity and consumers’ willingness to watch his work were essential. Horror films are not popular in Korea, and fantasy and sci-fi movies are nearly nonexistent. Literary genres that feed into movie genres are also marginal because the small market lowers the quality and quantity of creative pursuits, which further loses fans. This year marks the 20th anniversary of the Harry Potter series, and many wonder if a writer like J.K. Rowling could emerge in Korea. Unfortunately, the answer is no for now. It is not because there is no writer with such potential, but because the market cannot nurture them.

The culture where sci-fi and fantasy novels are produced and read can actively grow in a community that values imagination and intellectual curiosity, even if they are not directly related to immediate utility. However, the humanities books popular in Korea are mostly summaries of common-sense knowledge or practical texts that cram a lot of information into one or two books for college entrance exams and job interviews.

If any aspiring creator dreams to be the J. K. Rowling of Korea, I would like to recommend he or she go to the overseas market. As the world is connected through the internet, there are various global creative platforms. The problem is the language barrier. In literature, the barrier is more significant than film. Translation services are limited in quality and quantity. In fact, many literary giants write in English rather than their native language and have earned global acclaim.

This brings us back to the issue of learning English, which has long been a controversial goal for many Koreans. Rather than focusing on pronunciation, the public education should teach students to read and write properly. Koreans need to acquire the ability to enjoy the classics available for free on Project Gutenberg or MIT’s electronic library, learn a different mindset through English and express Korea’s unique culture in English. Since the Korean market is not big enough to nurture those with a unique imagination, this is the best alternative.

*The author is the cultural news editor of Korea JoongAng Daily.