‘A Taxi Driver’ to vie for the Academy Awards

‘A Taxi Driver’ to vie for the Academy Awards 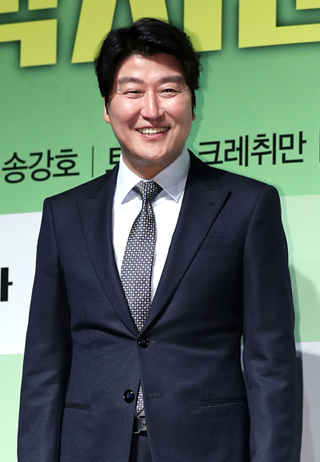 “A Taxi Driver,” featuring Song Kang-ho, was selected as the South Korean representative for the Foreign Language Category at the 90th Academy Awards according to distribution company Showbox on Tuesday.

This is significant news, as only one film per country may compete for the award each year.

This is Song’s third consecutive film that has been selected to be submitted as the country’s representative for the category, after “The Throne” and “The Age of Shadows.”

“‘A Taxi Driver’ was chosen because of factors such as being based on a true story, depicting Korean history of the democratic movement and its struggles,” said one judge who was a part of choosing the film as Korea’s nominee.

“The quality performances [in the film] will ring with audiences worldwide,” said the panel.

Song, widely considered as an accomplished actor for his performances in Korean film industry, is an Academy member, like other notable Korean cinema figures director Bong Joon-ho and actor Lee Byung-hun, which allows him to vote for the Academy Awards.

“A Taxi Driver” depicts the journey of an unassuming taxi driver, who carried a German reporter to the scenes of Gwangju Democratic Movement in May 1980.