Novelist Ma Kwang-soo dead at 66: Controversial writer was unafraid to add eroticism to his work

Novelist Ma Kwang-soo dead at 66: Controversial writer was unafraid to add eroticism to his work 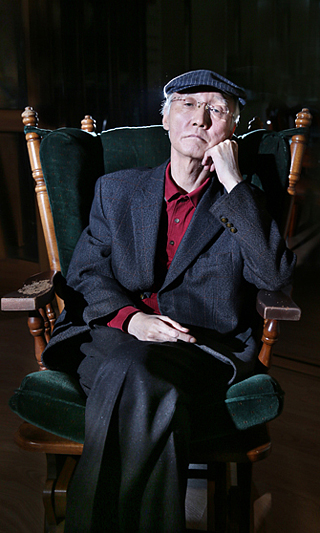 Novelist Ma Kwang-soo was found dead on Tuesday at his home in Dongbuichon-dong, central Seoul. He committed suicide by hanging himself. He was 66.

His family found Ma dead and reported the death to the police. The police said Ma left a will saying that everything should go to his family and asking them to take care of him afterwards.

Ma was well-known for his explicit and erotic stories that depicted scenes of on sex as well as encouraging others to be more explicit in their work. The writer even went to jail for writing the novel “Jeul-geo-un Sarah,” which is often translated to English as “Happy Sarah,” after the revised edition was published in 1992. The prosecutor accused him of writing obscene content and reportedly said that the book included unfiltered descriptions of sexual relationships between people who had never met before as well as unethical behavior between teachers. He was arrested during a lecture at Yonsei University the same year. He was then relieved from his position as a professor at Yonsei, but after he was pardoned in 1998, he came back to the classroom to teach literature until he retired in August last year. The then-controversial novel is still banned from being sold.

Although he pursued what he wanted, writing and teaching eroticism in literature throughout his life, he didn’t seem to be satisfied after his retirement. The writer, who made his literary debut in 1977, marked 40 years since his debut earlier this year with the release of a collection of poems called “Siseon,” which translates to two meanings, either “Viewpoint,” or “Collection of poems.” In interviews around the collection’s release, he reportedly said he was “depressed” and also “perplexed” that his intention to bring up important subjects that Korean society should talk about was condemned by critics. It was also reported that he had financial struggles. 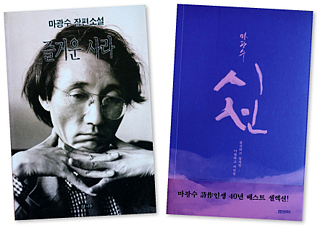 Some of Ma Kwang-soo’s books, including “Happy Sarah,” left, which put him in jail and “Siseon,” right, Ma’s most recent publication, released in January. [KIM KYUNG-BIN]

“I failed in life,” he said during an interview with the JoongAng Sunday, an affiliate of the Korea JoongAng Daily in January. “My literary works were never accepted, and I was turned away from academic and literary society. I’m very depressed and lonely. I live in a large apartment by myself. I don’t have anyone to talk to.”

The writer, who was once married and then divorced, even expressed his frustration towards his life in a poem published in the most recent collection.

“It is so hard to live in Korea/You can’t do things and you can’t not do things/ (…) / You can’t be too sexy and you cannot be not sexy,” he wrote in a poem titled “Living in Korea.”

Other contents include more about his sexual desire in the past and until recently.

“There were times I had no interest in things other than love/ [There were times] when I had no joy other than sex/ [Now] more time is spent writing than having sex/ (But that doesn’t mean that I like writing more than sex),” he wrote in his poem “Sad Middle-age.”