Kakao takes its leap into the smart speaker market

Kakao takes its leap into the smart speaker market 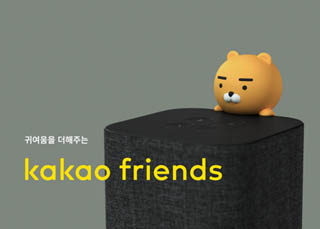 Kakao, which operates the country’s most popular messaging app Kakao Talk, said the Kakao Mini will work on its artificial intelligence platform called Kakao I. It can be controlled by voice commands.

The Kakao Mini is equipped with four high-end microphones to accurately capture users’ speech. As the device can connect to other speakers via Bluetooth, users can utilize features of the Kakao Mini through other premium audio systems as well.

Preorders for the Kakao Mini will start later this month. YONHAP