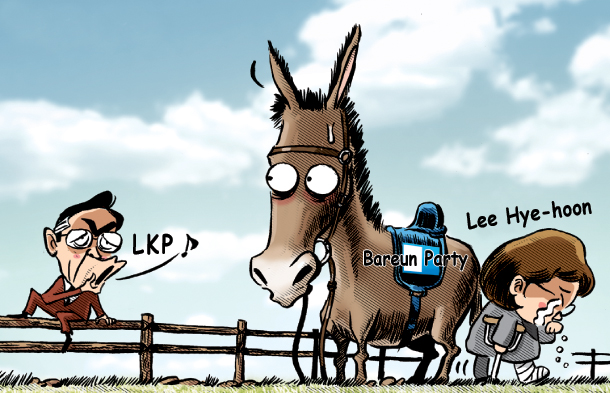 After Lee Hye-hoon stepped down as chairwoman of the minor opposition Bareun Party on Thursday over a graft scandal, the main opposition Liberty Korea Party (LKP) is hoping for a merger. The Bareun Party separated from the LKP after the corruption scandal that led to the removal of President Park Geun-hye last year.