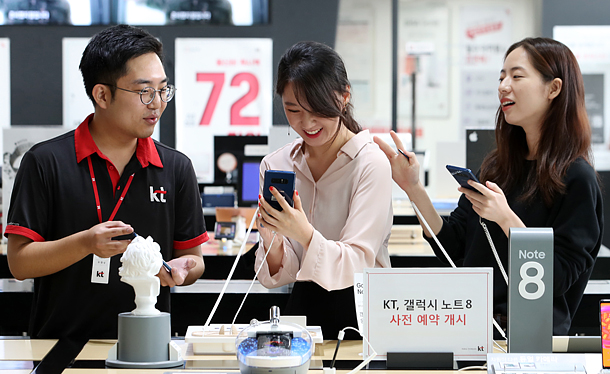 While preorders for Samsung’s latest phablet started on Thursday, it is said to have already garnered huge popularity despite its high price tag of over 1 million won ($885,830).

The market is already speculating that preorders are almost similar to that of the previous model, the Galaxy Note7.

During the 13 day preorder period for the Galaxy Note7, 400,000 units were purchased.

During 16 days of preorders for the Galaxy S8 1 million units were sold.

The Note7 was said to have reached 200,000 preorders in just two days.

The 256GB model of the Note7, which costs 1.25 million won, was more popular than the cheaper 64GB version.

However, there is speculation that the Galaxy Note8 won’t be able to break the record set by the previous model considering that the preorder period is shorter - only eight days. YONHAP