Memories of a financial crisis: Ma Min-ji’s new film recalls the moment her family lost everything

Memories of a financial crisis: Ma Min-ji’s new film recalls the moment her family lost everything 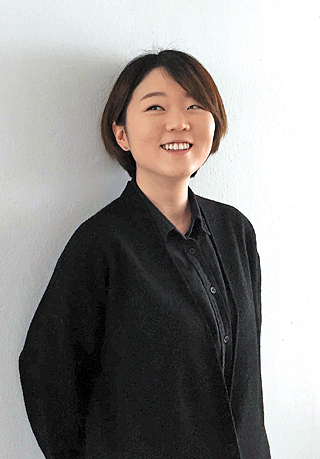 For many Koreans, the financial crisis of 1997 has had an indelible impact on their lives. Though the memories might be a bit faded, the effects of the liquidity shortage that left millions jobless still linger to this day.

The family of filmmaker Ma Min-ji was one of many whose fortunes turned overnight. Ma, 28, grew up in a wealthy family with parents who made a killing through real estate investment during the development boom of the 1980s. But after the Korean economy collapsed in 1997 under the weight of corporate defaults, the family lost all its money.

Ma initially felt frustrated with her parents, especially her “incompetent” father, who she says still chases after get-rich-quick schemes like real estate speculation. But her frustration gradually turned into sympathy and helped Ma “rediscover” her parents, as she got to understand the economic background that pushed her parents to the brink of insolvency.

In her new documentary “Family in the Bubble,” Ma examines Korea’s booming real estate development through her family’s story. After showing at the Jeonju International Film Festival earlier this year, it recently became the first Korean documentary to win the grand prize at the 14th EBS International Documentary Festival, which wrapped up last week.

The Korea JoongAng Daily spoke with Ma on Tuesday as she was finalizing color correction for her documentary ahead of its broadcast on the Finnish television station YLE. Below are edited excerpts from the interview.

Scenes from “Family in the Bubble,” a documentary by Ma Min-ji about her family’s investment in real estate and the long-lasting impact of Korea’s currency crisis in 1997. [MA MIN-JI]

Q. “Family in the Bubble” became the first Korean documentary to win the prize at the EBS festival. How do you feel about the victory?

A. I didn’t expect to win it at all because the prize had been given to foreign works in the past. One of the judges for the festival mentioned my work several times in interviews, so I thought I might win a [smaller] award if lucky, but the grand prize was definitely beyond my expectations.

The film explores Korean real estate through the story of your own family. When did you start planning the project, and what prompted you to make the film?

I first planned to make the movie in the second half of 2013 and began shooting in the first half of 2014. I had been working on pieces related to urban development. [Ma’s short documentary “A Journal from Seongbuk” from 2014 is one of them.] Then one day, I got an assignment from school to record the lives of my parents. As I was doing it, I discovered the relation between my parents and urban development, and decided to make a film relating the two.

As much as it includes news from decades back, it must not have been easy to collect all the data. Was there any difficulty collecting the data?

Although there are lots of books that guide readers on how to successfully invest in real estate, there aren’t any that talk about the general history of real estate in Korea, so I looked for news reports dating back to the 1970s and collected clips that totaled up to 60 hours. Then I condensed the data to fit into a documentary that matches my parents’ story.

Were you or your parents hesitant about introducing the family’s private story to a wide audience?

Before starting the documentary, I had already finished researching my parents’ story [and history of real estate speculation], so I was able to stay emotionally detached at first, but it became harder for me to shoot the film from a third person’s point of view as I got involved in the story from the middle of the movie.

As for my parents, my mother was very upset after she saw the movie for the first time at the Jeonju International Film Festival. But after seeing some audience members holding her hand in tears and sharing their personal experience [of the 1997 crisis] with gratitude, she felt there was nothing to be embarrassed about as it was a story about all of us.

The theme of “Family in the Bubble” sounds quite serious, but it also contains a bit of black comedy. What kind of movie did you intend to make?

I intended to make it a black comedy from the start. It’s the kind of style I had been working on and also good at. Since I didn’t want to fall into the trap of self-pity, I made use of comedy to avoid being too serious.

What did you want to share with the audience through the film?

I wanted to provide audiences an opportunity to look back on what they currently have. Many people are future-oriented, like speculating on real estate, as it requires incurring debt to lay their hopes for the future. But instead of relying on postponed hopes for the future, I hope audiences will be able to critically evaluate their current conditions.

Do you have any plans for your next work?

I’m producing the next film of director Yoon Ka-hyun, who was behind the documentary “The Part-Time Workers’ Union.” I guess I will begin working on my next film next year or a year after that. It will be the third in a series related to cities and places, and how capital changes them, which is something that I’m very interested in.