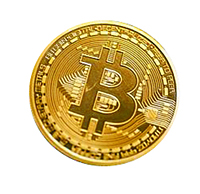 Lately, many people who are well off buy bitcoin. They don’t look at it as an investment, but buy it just in case the tension in the Korean Peninsula escalates. What’s more interesting than the growing anxiety is how people respond to it.

They now consider bitcoin a safe asset haven. They believe that the virtual currency is safer than real currency. It is surprising, especially as it involves money, since cyber money is still seen as something of a mirage.

The main customers are African and Middle Eastern refugees in Europe. The service allows them to withdraw money, or bitcoin, without identification regardless of their nationality. The lifeline for the refugees on the edge of a cliff is the cryptocurrency, not real money.

It may sound absurd considering the latest fluctuation in bitcoin prices. Its value doubles and tripples, only to plummet. It is more of a speculative instrument rather than a safe asset.

In fact, it is how bitcoin was born. Bitcoin was created in 2009 during the global financial crisis. Governments printed money to prevent the crisis. Taxpayers’ money was poured into saving failing financial companies. The value of the money that ordinary had people saved up fell.

Huge amounts of tax money was used on rescue packages. The government exercised public power as a manager, and financial companies made money as a broker, and they shifted the blame to the users. Bitcoin is an anarchistic resistance against the establishment. Bitcoin realizes the idea of electronic currency based on one-to-one transactions without an intermediary through dispersion rather than centralization.

It is supported by blockchain technology which isn’t managed in one place but divided among many people to prevent hacking. Immediate regulations on bitcoin need to realistically focus on preventing fraud. Clearly, there are funds aiming at a big gain.

However, we need an insight to look farther and broader. If the policy only stresses preventing speculation, a vicious cycle is inevitable. It is similar to how real estate should not be limited to speculation.

The popularity of bitcoin is a warning on the capacity of state powers as a balancer and manager. In a way, bitcoin may be a prelude to great change. It is a preview that money, which is the basis of commercial transactions, could shift from a centralized form to a network-based dispersion model. It is the reason why the financial authorities’ position on cryptocurrency should not be entirely about regulation.