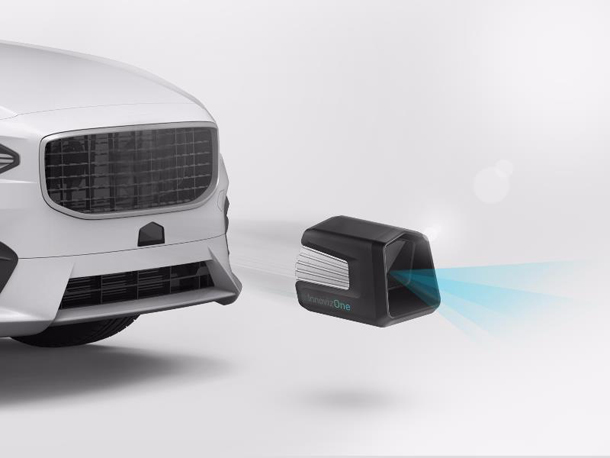 Naver did not disclose the names of its joint investors and the amount they contributed, but Innoviz revealed that global firms like Delphi Automotive and Magna International, as well as investors including 360 Capital Partners and Glory Ventures, participated in its Series B funding round.

The Israeli company, founded last year by former members of the elite technological unit of the Israeli Defense Force, specializes in LiDAR technology, a sensing solution that acts like the eyes of autonomous cars. Unlike radar, which uses radio waves to sense a car’s surroundings, LiDAR, short for light detection and range, uses lasers to sense a car’s surroundings in more detail. The 3-D data collected from the sensors can be utilized so the car recognizes obstacles up to 200 meters (656 feet) away in real-time and also keeps a suitable distance from the car in front.

Innoviz caused a splash because it said it could offer LiDAR sensors at around $100 each, considerably less than the $80,000 price tag the sensors carried when they first entered the market.

As more companies jumped into LiDAR business, they were able to bring down costs to about one tenth the initial price, however Innobiz’s offer slashes the price to by far its cheapest level.

Also, Innoviz’s LiDAR solution is known to perform well even in challenging environments like when there is bright direct sunlight and various other weather conditions, according to Naver.

The Israel-based company plans to release InnovizPro, a development platform designed to offer auto manufacturers the most advanced LiDAR available for testing and development by the first quarter of next year. Samples of InnovizOne, the company’s automotive grade LiDAR device for levels three to five autonomous driving, will be available in 2019. Level five refers to the full automation of cars based on guidelines set by SAE International.

“There are many mergers and acquisitions ongoing between automakers, IT firms and electronics companies to secure core technologies to develop autonomous cars,” said Song Chang-hyun, CTO of Naver and chief executive of Naver Labs, a subsidiary set up for research on top-notch technologies like artificial intelligence and future mobility. “Naver will continue to conduct research on applying deep learning-based machine technologies to cars while at the same time making strategic investments and partnerships with major tech firms in the autonomous car industry.”

According to market tracker Strategy Analytics, the world’s LiDAR market will expand from $300 million in 2016 to $3.3 billion in 2021, growing at an average 61 percent annually.