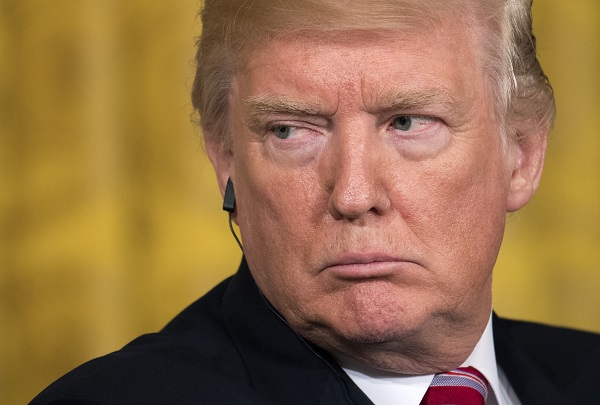 U.S. President Donald Trump noted the possibility of a military strike against North Korea on Thursday, local time, warning that if the United States does so, it would be a “very sad day” for the North.

“Military action would certainly be an option. Is it inevitable? Nothing’s inevitable,” said the president during a news conference at the White House, standing next to Sheikh Sabah Ahmad al-Sabah, the visiting Kuwaiti ruler.

Trump added that the U.S. military “has never been stronger,” saying, “Each day, new equipment is delivered, new and beautiful equipment, the best in the world, the best anywhere in the world, by far.”

Trump’s remark Thursday was a reminder of his stern warning last month that the North would be “met with fire and fury like the world has never seen before.” Despite this, the North proceeded with its sixth and most powerful nuclear test on Sunday, elevating tension in the region to a level not seen in decades.

But Trump did express his preference for avoiding military conflict, saying, “It would be great if something else could be worked out” and “I would prefer not going the route of the military, but it’s something certainly that could happen.”

When asked if he is willing to accept a nuclear-armed North Korea on the condition that it is deterred and contained, Trump did not give a direct answer, saying he does not lay out his negotiation plan in public.

“I don’t put my negotiations on the table, unlike past administrations. I don’t talk about them,” he said. “But I can tell you that North Korea’s behaving badly and it’s got to stop.”

Trump also indicated his skepticism over the value of renewing yet another attempt to talk the North out of nuclear gridlock, remarking, “We’ve had presidents for 25 years now, they’ve been talking, talking, talking, and the day after an agreement is reached, new work begins in North Korea,” in reference to the North’s secret nuclear program.

Trump’s warning of the North having a “very sad day” echoes a stern remark by U.S. Defense Secretary James Mattis made on Sunday in response to the North’s latest nuclear test, when Mattis said any threat to U.S. territory or its allies would be met with “massive military response … both effective and overwhelming.”

Despite such warnings from Washington, North Korea observers say Pyongyang could proceed with yet another military provocation on Saturday, possibly a test fire of an intercontinental ballistic missile that could pass over Japan like the one on Aug.29, in celebration of the regime’s founding anniversary.