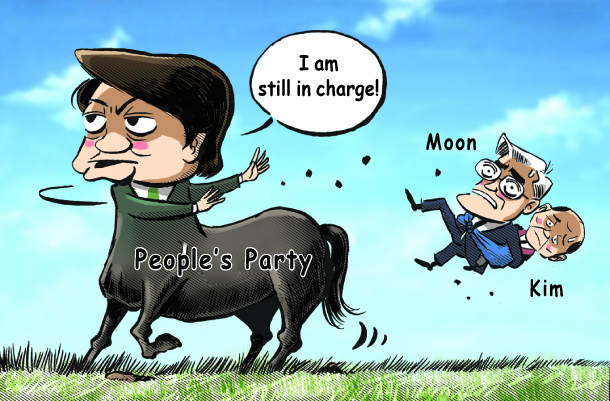 In Monday’s National Assembly vote, President Moon Jae-in’s nomination of Kim Yi-soo as Constitutional Court head was voted down largely due to opposition by Ahn Cheol-soo’s faction in the opposition People’s Party. Ahn, Moon’s rival, was re-elected chairman of the party in August despite his alleged involvement in a smear campaign against Moon in the last presidential election.