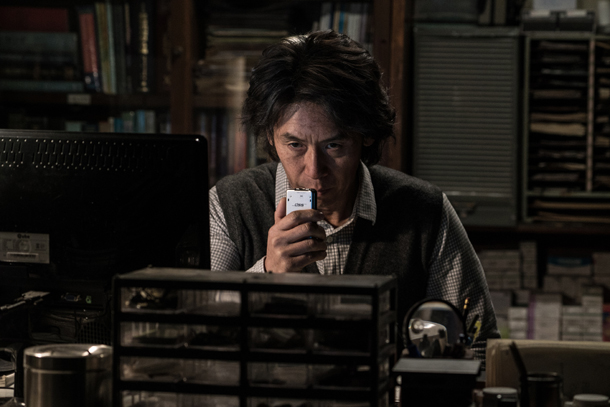 “It,” adapted from the bestselling Stephen King horror novel of the same name, was no match for local thriller “Memoir of a Murderer” in their debut weekend. [SHOWBOX]

“Memoir of a Murderer,” based on a 2013 bestselling book by author Kim Young-ha, topped Korea’s weekend’s box office while “It,” adapted from popular novelist Stephen King’s 1986 horror novel, landed at second. Despite the popularity of the “It” novel and the King’s star power, who has had many of his novels adapted to the big screen, including the recent release “The Dark Tower” and the legendary “The Shining,” (1980) “It” was no match for the local thriller.

“Memoir of a Murderer,” sold 899,000 tickets at 1,064 screens over the three days, bringing its total to 1.2 million tickets sold since it was released on Wednesday. Having raked in 9.74 billion won ($8.7 million) so far, the movie accounted for 43.1 percent of the entire weekend’s sales.

Starring Seol Kyung-gu, Kim Nam-gil and Seol Hyun of girl group AOA, the thriller revolves around a retired serial killer suffering from Alzheimer’s named Byeong-su and his efforts to save his daughter from a young policeman named Tae-ju. Byeong-su thinks Tae-ju is behind the murders of young women that has shaken his town, and tries to separate him from the daughter.

Based on the story of a losers’ club that consist of seven scrappy pre-teens who take it upon themselves to fight the evil spirit Pennywise, who is murdering local children, the first chapter of the planned two-part series accounted for 20.3 percent of the weekend’s sales.