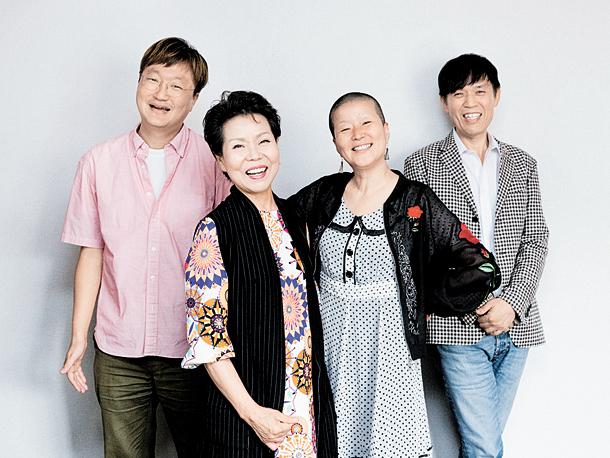 The folk song “Arirang” has a special place in Korean people’s hearts and is considered an unofficial national anthem.

However, the song, which used to be heard and sung frequently, is not as well known to young Koreans. In an attempt to revive the “unity that can be achieved through ‘Arirang,’” the Korean Traditional Performing Arts Foundation (Kotpa), under the Ministry of Culture, Sports and Tourism, has organized a series of performances that will showcase contemporary versions of “Arirang.”

Various renditions of this beloved song were added to the Unesco List of Intangible Cultural Heritage in December 2012, but to make it more familiar to the ears of young Koreans, “Arirang X 5,” will showcase five performances by five artists from different art forms ranging from traditional folk song and modern dance to pop and even literature, who each have interpreted “Arirang” in their own ways.

“‘Arirang’ is not just a mere melodic composition, but it is the spirit of Koreans,” said Sohn Hye-ri, the president of Kotpa, last week. “‘Arirang’ has been breathing inside our history, souls and minds. I hope the people can unite under the spirit of ‘Arirang’ through this event.”

The first performer of the “Arirang X 5” series, maestro Lee Chun-hee will bring together the Bulsechul Ensemble and Gyeonggi sori (traditional song) group Aengbi, presenting a collaboration of traditional and modern styles. It will be staged on Saturday at 7 p.m. at the KB Haneul Theater in central Seoul.

The second performance in the series will be from renowned modern dance choreographer Eun-Me Ahn on Sept. 17. She will demonstrate the han (the Korean word for resentment) of mothers who have lost their sons while they were serving in the military.

“After meeting with the mothers, I thought that [although I can’t help them in the parliament] maybe I could help them hold drumsticks and convey their stories of resentment and sorrow to the nation,” Ahn explained.

Korean-Japanese pianist Yang Bang-ean, who was appointed as the music director of PyeongChang 2018 Olympics, will perform at the third part of the series titled “Color of Arirang,” on Sept. 30.

Guitarist Ham Choon-ho, who is performing on Nov. 16 at the Blue Square in central Seoul, says his performance will combine the traditional folk song with pop songs.

“I studied the ways in which ‘Arirang’ could be performed by a pop music singer,” said Ham, adding that it is possible because “‘Arirang’ is a melody of our language.”

The final performance, set for Dec. 8, will be presented by poet Oh Eun. Titled “Hearts of Arirang,” Oh pointed out that the charm of Arirang is that it doesn’t have a clear definition, and that people are continuously searching for its root.

All five performances of the “Arirang X 5” are free admission.