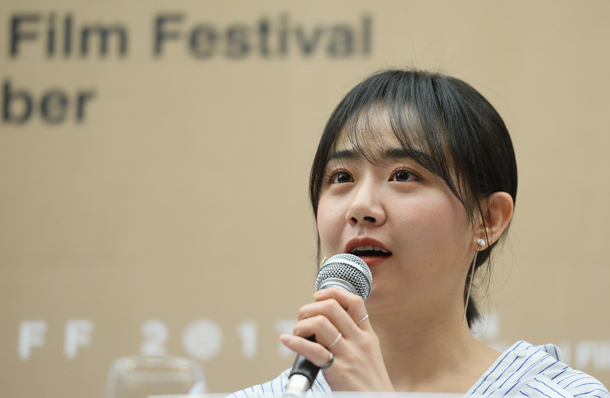 Actress Moon Geun-young attended a press conference of the 22nd Busan International Film Festival (BIFF) held at Hotel President in central Seoul on Tuesday after being out of the public eye for seven months. It was announced at the press conference that Moon’s upcoming film “Glass Garden” will open this year’s festival.

“Thanks a lot for the caring. I’ve attended the BIFF several times but have never been there with my work. It’s my pleasure to have ‘Glass Garden’ as an opening film,” said Moon.

In February, the actress had emergency surgery for compartment syndrome and has had four surgeries since.

Compartment syndrome is a condition where there is insufficient blood supply to tissue due to increased pressure within a body part. It demands immediate surgery as if it is not treated properly the muscle and nerves can be permanently damaged.