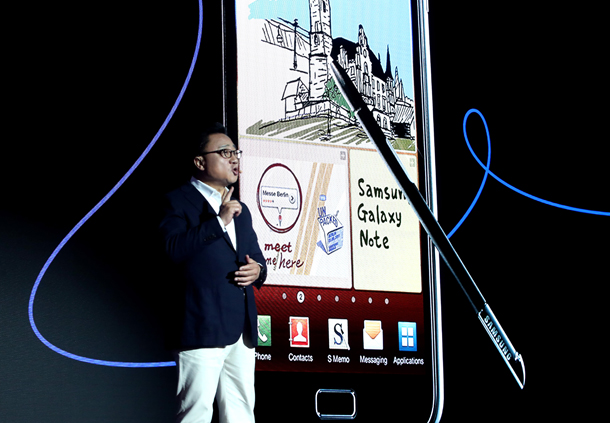 “We are expecting preorders to reach 800,000 units by the end of the eight-day presales period,” said Koh Dong-jin, president of Samsung’s mobile communication business during the media event, adding that figures thus far have exceeded his expectations.

Preorders of the phablet, which Samsung hopes will redeem the Note brand after the total recall of its fire-prone predecessor, hit 650,000 units in five days in Korea, after recording 395,000 preorders in only 24 hours after presales began on Friday.

The Note7 series had 400,000 preorders over a 13 day presale period on the domestic market.

While the company did not disclose exact figures for global presales, Koh said the phablet is gaining positive feedback from phone retailers spread over more than 40 countries and has broken the previous presales record.

After the short-lived Note7 was pulled from shelves as its battery was found to be causing unexpected explosions the smartphone maker has suffered from the loss of its phablet line, even reconsidering whether the company should continue the Note line-up.

“In May we surveyed about 5,000 Note phone users on whether the Note line-up should be maintained,” Koh said. “About 85 percent of the respondents expressed brand loyalty and so we have decided to retain the brand for the fan base.”

The company, however, still struggles in the Chinese market dominated by local players such as Huawei, OPPO, vivo and Xiaomi as well as ongoing geopolitical tension between Korea and China over the deployment of the U.S.-led Terminal High Altitude Area Defense antimissile system.

According to Koh, full recovery of its share in the Chinese market will take more time, but Samsung has been pushing forward a list of measures to gain back momentum in the world’s most populous country.

In April, Samsung named Kwon Kye-hyun as the new head of the Chinese business, and earlier this year the company shifted from a two-layer sales business organization - seven Chinese branches overseeing 31 sales offices - into a single layer of 22 sales offices to increase work efficiency.

Samsung is scheduled to hold a local media event for the Galaxy Note8 phones in China today.

Samsung also shared some upcoming devices that are currently in development.

“I don’t want our product to make an abrupt release then fail in the market without selling much,” Koh added. “We will dig into several issues left to overcome and release a fuller model when it is ready.”

The Korean mobile division chief also confirmed it is developing a smart speaker, similar to the Amazon Echo and SK Telecom’s Nugu. Samsung will work with Harman International Industries, which it acquired last year.

Top executives of Samsung and Harman have already made some progress in talks to cooperate in making smart speakers, Koh said.

As Apple unveiled its new iPhone today, rumored to be the special edition iPhone X commemorating the phone’s 10th anniversary, competition in the local market is due to get tougher, with LG Electronics’ V30 appealing to consumers banking on a cheaper price tag compared to rivals.