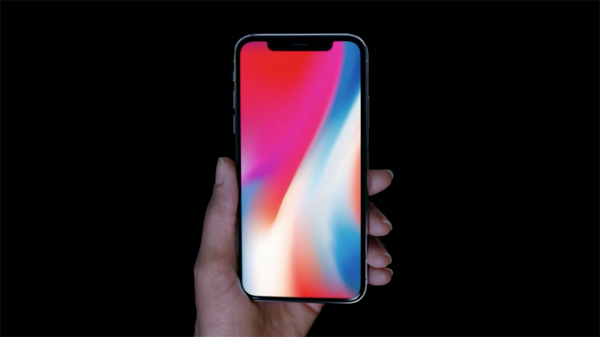 Apple fans in Korea watched the company’s unveiling of its new devices Wednesday morning and got their first glimpses of the highly-anticipated 10th anniversary iPhone X, and successors to the iPhone 7, the iPhone 8 and 8 Plus.

But if they plan on buying those new Apple phones, they might have to wait — possibly until January for the special-edition iPhone X.

The iPhone 8 models and the iPhone X won’t be released at the same time. Apple is set to accept orders for 4.7-inch iPhone 8 and its bigger sibling, the 5.5-inch 8 Plus on Friday and will begin shipping on Sept. 22. The first batch of countries to receive deliveries on Sept. 22 total 29 and Korea is excluded. The second batch, also totaling 29, will see the phones delivered on Sept. 29. Korea is not in that group.

Orders and deliveries for the 5.8-inch iPhone X will be later, a confirmation of rumors that Apple is having trouble with its supply of key components including OLED displays. The anniversary phone features an OLED display reportedly made by Samsung Electronics’ affiliate Samsung Display. This is the first time Apple has used OLED tech for an iPhone, which traditionally used LCDs. OLEDs make colors look richer.

Orders for the iPhone X, pronounced 10, will begin on Oct. 27, with shipping scheduled to kick off on Nov. 3 in 57 countries across the globe. Once again, Korea, the home turf of Apple’s rival Samsung Electronics, was excluded from that list. Nor did Apple Korea announce a schedule for orders. Within Asia, China, Hong Kong, Japan and Singapore were included in the first batch.

“Korea again failed to be part of the first batch of countries to see new iPhones arrive,” said Lee Seung-woo, an analyst with Eugene Investment Securities. “When considering Apple’s tradition of putting Korea in the third or fourth batch of countries for deliveries, there is a chance Korean consumers might see the new iPhones one month or two months after the initial deliveries are made.”

Lee noted that unless Apple tackles the OLED supply issue, the iPhone X’s arrival in Korea could be pushed to early January.

The iPhone X includes a bright new edge-to-edge screen, a special artificial-intelligence-enabled chip, new sensors for facial recognition and a grab-bag of fun features like animated emojis that mimic your expressions, portrait-mode selfies that artfully blur backgrounds, an augmented reality game platform and wireless charging. Apple said the phone’s battery will last two hours longer than that of the iPhone 7.

The iPhone X gives Apple the opportunity to bring augmented reality — essentially the projection of computer-generated images into real-world surroundings, a la the monster hunts in “Pokemon Go” — into mainstream use.

The iPhone 8 and 8 Plus are essentially updated versions of the iPhone 7and 7 Plus from last year, but they will offer wireless charging.
The iPhone X is set to become the priciest Apple phone. The phone with 64 gigabytes of storage will sell for $999 and the one with 256 gigabytes of storage, $1,149. When Korea’s value added tax of 10 percent is factored in, the latter phone may sell for as much as 1,426,000 won ($1,264) under Tuesday’s exchange rate. Samsung’s Note8 with the same storage carries a price tag of 1,254,000 won.

Foxconn Vice President Luo Zhongsheng said in a now-deleted posting on Weibo social network earlier in August that a low yield of OLED screens is among the chief reasons why iPhone X buyers would have to pay a premium for the device. The special edition’s OLED screen has a small trapezoidal notch taken out of the top where Apple put a True Depth camera system for the Face ID facial recognition system and for taking selfies with Apple’s Portrait Mode and sensors. The iPhone 8 and 8 Plus still use the Touch ID fingerprint scanner.

The later-than-expected launch in Korea for Apple’s new models means Korea will remain a battleground for just Samsung and LG for the time being — good news for both domestic makers. The world’s top smartphone player, Samsung, which showcased the 6.3-inch phablet Galaxy Note8 on Aug. 23, is set to start shipping Friday. The Note8 has been a hit already, registering preorders of over 650,000 units in just five days. LG is scheduled to deliver its 6.2-inch V30 flagship phone on Sept. 21, six days later.

But the delay in deliveries of new iPhones in Korea is bad news for people who were hoping for bigger subsidies from Samsung. Many Note8 buyers are opting for 25 percent discounts on phone bills in return for two-year subscriptions with mobile carriers rather than choosing to receive a lump sum discount on the phone price. The government imposes ceilings on subsidies to cool off competition among mobile operators.

The maximum amount Note8 buyers may receive in subsidies on the phone price is 265,000 won should they decide to pay 100,000 won monthly subscription fees for two years. By comparison, the 25 percent discount on phone bills could save them up to 660,000 won.

The ceiling is scheduled to be abolished at the end of this month, and expectations were high that Samsung would raise its subsidies.
“It seems highly likely Samsung won’t hike the subsidy level until Apple releases the iPhone 8 and X,” said a spokesman with a mobile operator.