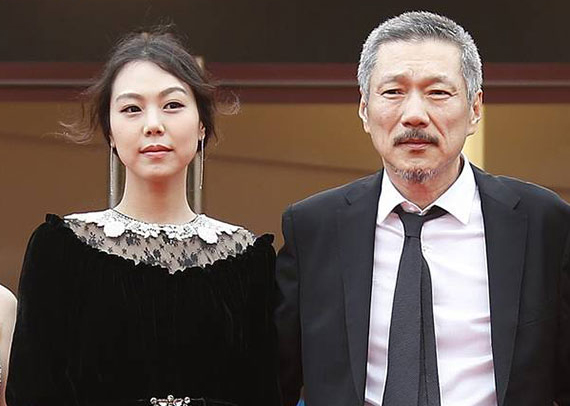 Director Hong Sang-soo will release a new film with his actress-lover Kim Min-hee, according to film industry sources Thursday.

They said Hong began shooting his 22nd feature film early this month with Kim and Kwon Hae-hyo, actors from his previous work “The Day After.”

“We understand [the movie] recently went into filming,” Kwon’s management agency said. “We don’t know the name and other details of the film yet.”

It is the fifth work between Hong and Kim, who admitted to their extramarital relationship early this year, after “Right Now, Wrong Then,” “On the Beach at Night Alone,” “Claire’s Camera” and “The Day After.”

Kwon has also worked with the acclaimed filmmaker on four of his films - “In Another Country,” “Yourself and Yours,” “On the Beach at Night Alone” and “The Day After.”