TVXQ making their return on ‘Happy Together

TVXQ making their return on ‘Happy Together 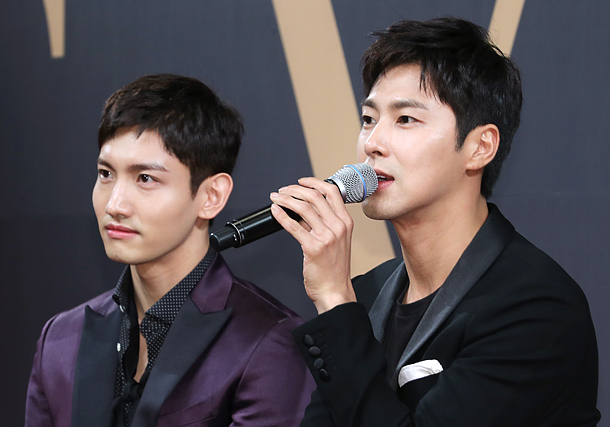 Boy group TVXQ will be on “Happy Together,” KBS2’s late-night talk show in the beginning of October for the first time since the members were discharged from military. It also marks the first time since 2014 that members Jung Yun-ho and Choi Chang-min have appeared together on entertainment program. Their last appearance was on cable channel Mnet’s “Beatles Code.”

Jung is set to star in the upcoming KBS web drama “Melo Holic,” his first production after being discharged from his mandatory military service in April. Choi completed his military duties in August, and this will be his first public appearance since being discharged.

The duo announced that it will be making a comeback in Korea, as well as in Hong Kong and Japan during their Asia Press Tour held in Aug. 21 and 22.

On Nov. 11, TVXQ will begin a five-city tour in Japan, starting with a performance at the Sapporo Dome. The duo will continue to Osaka, Tokyo, Fukuoka and Nagoya. They plan to release a new album next year.