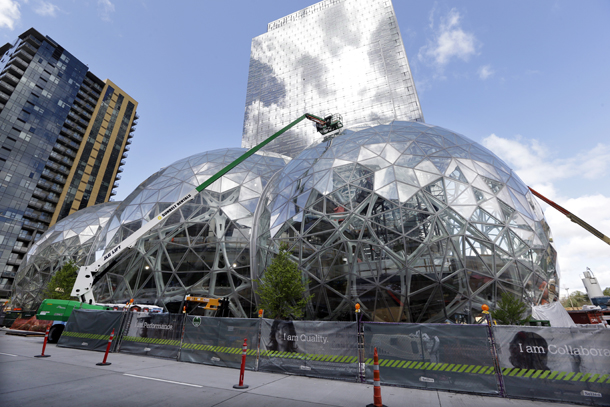 Jeff Bezos is a master of business, and he displayed outstanding strategy for this project as well. He made an eight-page Request For Proposal (RFP) public, which outlines conditions in detail. Contenders will apply with a proposal of benefits that they can offer to Amazon and strengths of the cities, and the location will be chosen through a competition.

What follows is what Amazon wants. It should be a metropolitan area with more than one million people, good schools and a talented workforce. The site should be within 48 kilometers (30 miles) of the downtown and less than 45 minutes from an international airport. A major highway and arterial road should be easily accessible within 1.6 to 3.2 kilometers, and mass transit train, subway or bus should be directly connected to the site.

Cities are busy finding a potential site. It is impressive how Bezos made the cities do the work when Amazon should be spending time and effort finding the location with the best conditions. Bezos can demand specific terms because Amazon has a lot more to offer. The second headquarters will create 50,000 full-time jobs in the next 10 to 15 years, six-figure jobs for software developers and other skilled positions. Amazon will make more than 5 billion dollars of direct investment.

Meanwhile, Amazon’s reasons for not expanding in Seattle but opening a second headquarters are controversial. Some say Seattle is not business-friendly as it has the highest minimum wage in the United States and a new income tax on the wealthy has been approved. Liberal politicians argue that Amazon’s move is unrelated.

One thing that’s clear is that it is business that creates jobs. A growing company expands employment. The government’s duty is to create an environment to do business. The new administration’s job policy focuses on expanding public jobs and converting irregular employment, and doesn’t seem to have a plan to back up companies like Amazon.