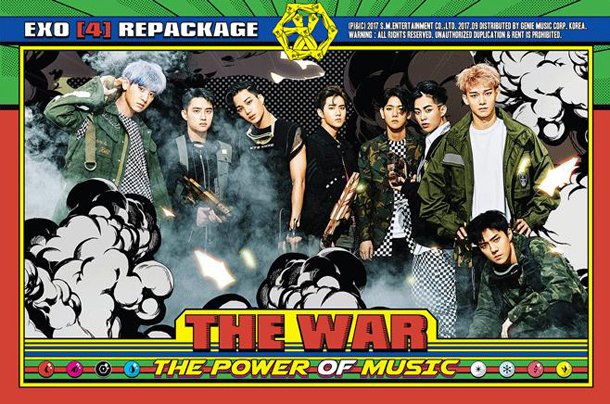 In addition to their first prize, they also received full marks on the show’s judging criteria - preference, popularity on social media and number of total albums sold.

Since their debut album was released in June 2013, with the lead track “Wolf,” every album they have released has topped the charts.

The recently released repackaged album not only topped music charts in Korea but also grabbed the No. 1 spot on 38 global iTunes albums charts immediately after its release.