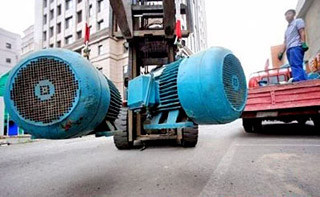 About two decades ago, I read in Newsweek magazine about a British businessman in Hong Kong who had to quit over an alleged fallout with his then-boss Li Ka-shing, a China-born magnate in Hong Kong who is one of the wealthiest people in Asia. He claimed a CEO must not collide with a major shareholder. But he admitted he had advised Li on discretion in his investment plans in China because he deemed business ventures were too risky in a country where state overrules the law.

At the time, investors rushed to the burgeoning, colossal Chinese market. Beijing handed out enticing incentives, and foreign capital swarmed into the economy. It was refreshing to hear the opposite insight 20 years ago from a CEO about the booming market.

I have followed Li’s investment with interest since then. He had close political connections with the Chinese Communist Party and authorities although his business was based in Hong Kong. As his investment would have had some protection, he appeared to be doing very well.

Then his fortunes changed in 2015. The Chinese media suddenly turned critical of him. He was accused of taking his wealth built in China abroad. Since the Chinese media and intellectuals usually echo the views of state authorities, Li must have angered some heavyweight political figures. A few days later, all the negative campaigning suddenly came to a stop. Li began to cash out of China. The tycoon with businesses sprawling from real estate and infrastructure to retail and telecommunications announced he was moving all of the non-property assets to a newly formed company CK Hutchison Holdings, based in the Cayman Islands. The remaining property businesses, including Cheung Kong (CK) Holdings and its subsidiary Hutchison Whampoa, went under the new entity CK Property that would stay in Hong Kong. The decision had huge ramifications as it involved companies worth 4 percent of the Hong Kong stock exchange’s total market capitalization.

The smart entrepreneur sensed that China as well as Hong Kong was no longer a safe place to do business. It is not clear what price he had paid to take his assets out of the Chinese territory. But he obviously had judged that it was worth it to get out of China.

What makes China so risky? Why have Korean enterprises made little money or incurred huge losses over the years and had to flee out of the country?

China will always stay as a socialist state. In communism, the state is above the law and property rights. Totalitarian states do not respect such objective yardsticks as morality and laws. It evolves around an omnipotent leader, and all the social resources serve his purpose and direction. There cannot be a normal set of laws as they are bent to achieve the goal of the individual leader or state.

Even though the Chinese Communist Party embraced an open and free market system, its ideological roots remain intact. As long as the country is under the control of the Communist Party, property rights cannot be guaranteed.

Unlike Western and Japanese enterprises, South Korean companies cannot expect much help from their own government to protect their assets in China. It is not easy to do business outside when the mother country is weak. Even if China becomes free from the Communist Party’s grip, the Chinese market will always stay risky for Korean enterprises. The Sinocentrism runs deep among the Chinese people with or without the Communist Party.

The Chinese economy, the worlds’ second-largest, is still too important for Korean businesses to neglect. They would have to do business there regardless of the risks. But the damage could be minimized if businesses enter with full knowledge of the potential dangers.

It is a pity that Koreans often forget that this country is a communist state that helped the North Korean invasion. Korean enterprises must draw up business strategies based on the innate danger. They should always keep an exit strategy by making their business as liquid as possible so that they can back out quickly before dangers hit them.

The government also should have learned from the hefty casualties from the row over the Terminal High Altitude Area Defense (Thaad) antimissile system. It must not tolerate the injustice of the unilateral vengeful abuses by the Beijing authorities on Korean enterprises. They must take the matter to the World Trade Organization. Doing nothing in fear of annoying Beijing only undermines our weakness and negotiating power.