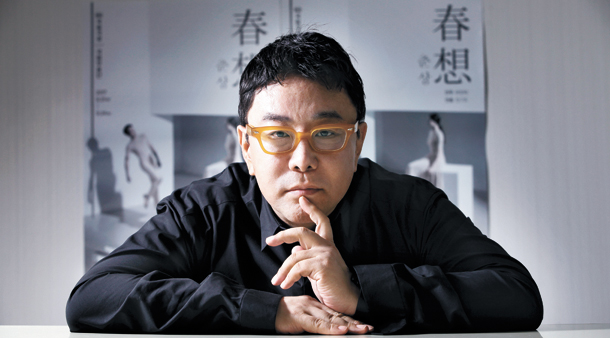 Chunhyangjeon, or the “Tale of Chunhyang” is one of the best-known folk in Korea. Based on a pansori (traditional Korean opera) called Chunhyangga, this love story takes place during the Joseon Dynasty (1392-1910) and revolves around two lovers - a gisaeng (female courtesan) named Chunhyang, and Mongryong, a son of a high ranking government official. The story itself is quite universal - the two lovers encounter struggles and are forced to be separated, but in the end, love triumphs and they live happily ever after. It has been adapted into various traditional performances like pansori, theater and traditional Korean dance.

One of the most successful shows based on the story of Chunhyang was the “Dance, Chunhyang,” presented by the National Dance Company of Korea, which premiered in 2002. Choreographed by Bae Jeong-hye, who has been dubbed the godmother of Korean dance, “Dance, Chunhyang” helped bring audiences a step closer to Korean dance, a genre that has fallen in popularity behind Western ballet and modern dance. 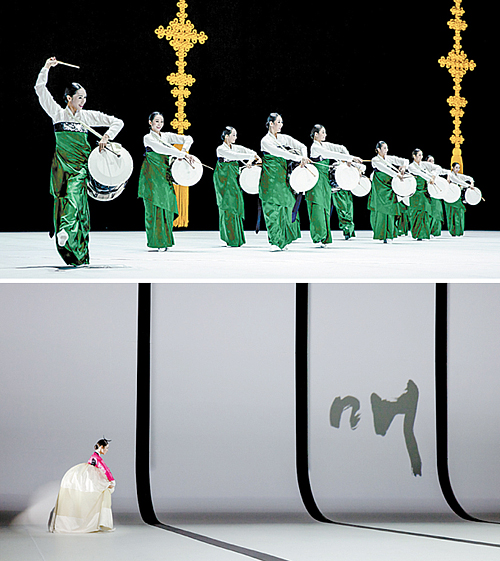 Jung directed three of the company’s previous works including “Dan,” “Mukhyang,” above, and “Hyangyeon,” top, which received rave reviews from critics for successfully modernizing traditional content to suit the palate of today’s audiences. [NATIONAL THEATER OF KOREA]

Taking advantage of the fondness for this traditional love story, the National Dance Company once again is trying to show the essence of Korean dance through the tale of Chunhyang, but this time, by setting it in the present day. For this, the company has once again enlisted fashion designer Jung Ku-ho. Jung directed three of the company’s previous works “Dan,” “Mukhyang,” and “Hyangyeon,” all of which received great marks from critics for successfully modernizing traditional content to suit modern audiences.

“Chunsang,” is the latest creation by the National Dance Company, directed by Jung. Since it is a love story between two young lovers in their 20s - “Chun” and “Mong” - living in 2017, the dancers will not be wearing hanbok (traditional Korean dress), which the dance company usually uses as its costumes, but modern dress designed by Jung. The music will be familiar to young audiences as it will use popular music of today by Korean singer-songwriters like IU, Junggigo, Nell, Bolbbalgan4, and more.

Is the National Dance Company trying to abandon the traditional in the name of appealing to younger audiences?

Jung says the dance is based on traditional Korean dance, as that is the hallmark of the company. That is why Jung asked 73-year-old Bae to choreograph the new dance of Chunhyang. “Chunsang,” will kick off at the National Theater of Korea’s Haeoreum Theater on Thursday for four days.

To learn more about Jung and his work with the dance company, the Korea JoongAng Daily interviewed him last week at the National Theater of Korea. The following are edited excerpts. 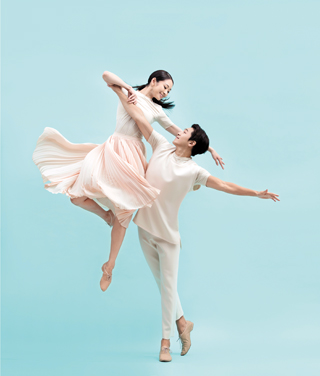 National Dance Company’s “Chunsang,” which presents Korean dance through the story of Chunhyang with a modern twist, begins on Thursday. [NATIONAL THEATER OF KOREA]

Q. “Chunsang” looks quite modern for the National Dance Company to present since the company has always staged shows that are very traditional. Why are you taking on such a big challenge?

A. When I watched Bae’s “Dance, Chunhyang” a long time ago, I really loved how she made the perfect transition of modernizing traditional Korean dance, while still maintaining the traditional values, such as movements that grow from breathing. That really appealed to younger audiences like myself, as the movements and the whole setting looked very modern to my eyes. Many years have passed so I thought what it would be like to go a step further and present Korean dance in a present-day setting to really appeal to the general public.

Is there anything traditional left in this performance except that the story is based on the “Tale of Chunhyang?”

In traditional Korean dance, breathing is very important. It’s different to modern dance or ballet, however, since the dancers appear in contemporary clothing, and audiences may not be able to tell the difference. But just because the dancers appear in hanbok, they may not always be dancing traditional Korean dance. For the previous works I did for the company, the dancers wore hanbok but I worked with a contemporary dance choreographer Ahn Sung-soo, so the dances were very modern. That is why I wanted the dancers to get out of the traditional dress and wear modern clothes with colors that don’t really stand out, so that only the distinctly Korean dance choreographed by Bae will stand out.

This new work seems like a big challenge for the company, for Bae and yourself as well. Why are you taking such a risk?

As a fashion designer, I design clothes that can sell, but also clothes that are artistic. Artists should always create something new and challenge themselves. The previous works I did with the company are being received well and I could do another work that is similar to receive the same kind of favorable reviews. But that’s not why I exist. I’m not an expert in dance or the performing arts, but I noticed that many are involved in preserving the tradition and many are focusing on the future, but not so many are working on simply showing what goes on today. Although “Chunsang” is set in 2017, it will be regarded as a traditional Korean performance in a century, and our descendants will be able to learn about what it was like in 2017 through dance.