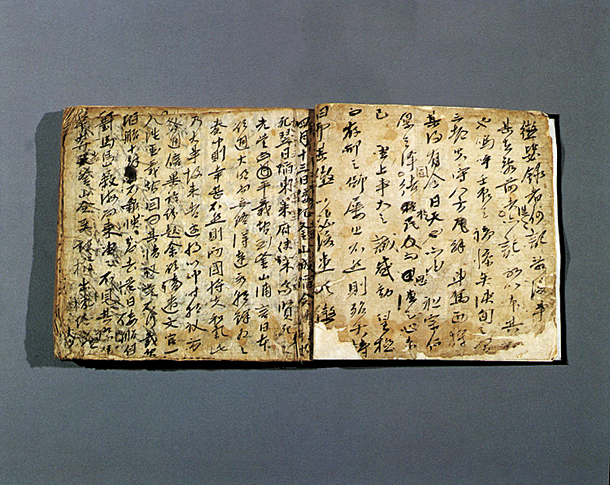 Name: : Jingbirok (The Book of Correction)

It recorded the status of the country during the Japanese Invasion of Korea in 1592.

As a disciple of Yi Hwang (pen-name: Toegye), Yu Seong-ryong studied with Kim Seong-il and passed a state exam for recruiting high-ranking officials in 1566. He steadily climbed the bureaucratic ladder and served as Prime Minister.

It is not known when this book was written, but he wrote it while spending his later days in his hometown years after retiring from serving in the government.

The book contains information about the country’s pre-war relationship with Japan, the dispatch of troops by China’s Ming Dynasty to rescue Korea, the Korean Navy’s supremacy in sea battles, and more.

A transcribed copy of this book was published in 7 books in 16 volumes in 1647 by Gyeongsang-do Governor Jo Su-ik at the request of a grandson of the writer. Another copy was published in Yamatoya, Kyoto, Japan in 1695.

The book’s preciousness was recognized by the Korean government, and an order not to let a copy be taken to Japan was issued in 1712.

The book, along with the Nanjung Ilgi (War Diary) written by Admiral Yi Sun-sin, is said to be the most precious written material for those studying the country’s situation during the Japanese Invasion of Korea in 1592.