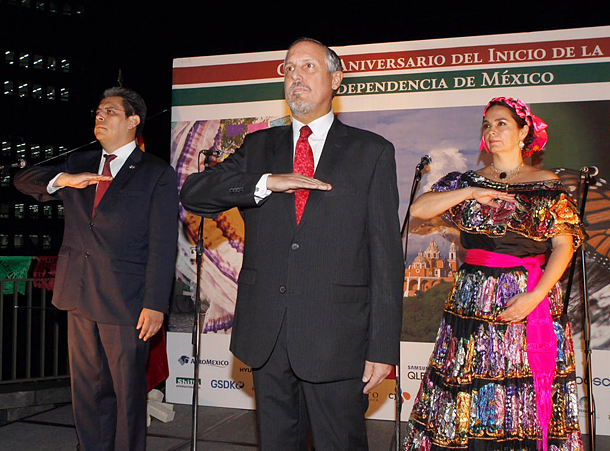 Mexican Ambassador to Korea Bruno Figueroa, center, his wife Veronica Gonzalez Laporte, right, wearing a traditional dress from the southern region of Chiapas, and Counselor Vladimir Vazquez Hernandez salute the flag of Mexico during the commemoration of the 207th anniversary of the independence of Mexico at the Millennium Seoul Hilton in central Seoul on Friday. The event included a moment of silence dedicated to those who lost their lives in the Sept. 7 earthquake in Chiapas. [PARK SANG-MOON]