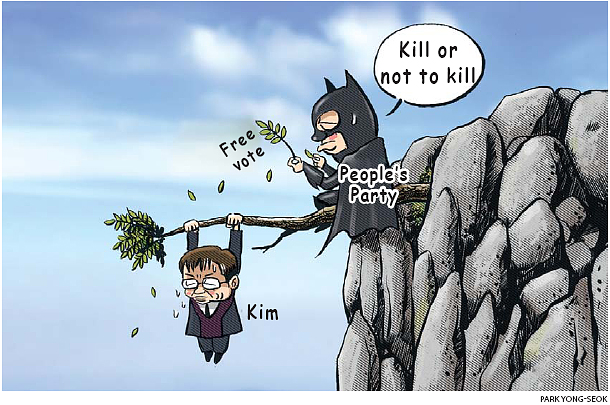 With 40 seats in the legislature, the People’s Party holds the key to approving Kim Myung-soo, President Moon Jae-in’s nominee for chief justice of the Supreme Court. The opposition party, which the ruling Democratic Party has criticized as a “bat” for its flip-flopping on various issues, plans to allow its lawmakers to vote freely.