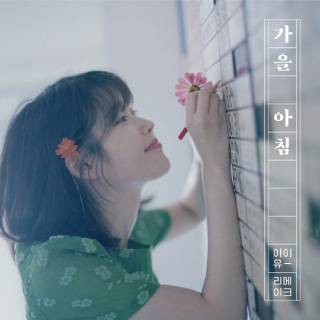 Singer-actress IU prereleased a new song titled “Autumn Morning” that will be part of an upcoming remake album, her agency said Monday.

“Autumn Morning” is a remake of Korean folk icon Yang Hee-eun’s 1991 song of the same name, according to Fave Entertainment. It is part of the songstress’ remake album “Kkot-Galpi #2” that comes out Friday.

Jung Sung-ha, a well-known YouTube viral guitarist, and composer-singer Harim added a layer of crisp acoustic sound to IU’s pristine vocals, according to the company.

In April, IU released her fourth full-length album “Palette” and has been widely loved on the streaming charts with hit songs “Through The Night” and “Palette.” Yonhap