Lee Je-hoon is focused on legacy : ‘I Can Speak’ star hopes audiences remember the characters he has portrayed

Lee Je-hoon is focused on legacy : ‘I Can Speak’ star hopes audiences remember the characters he has portrayed 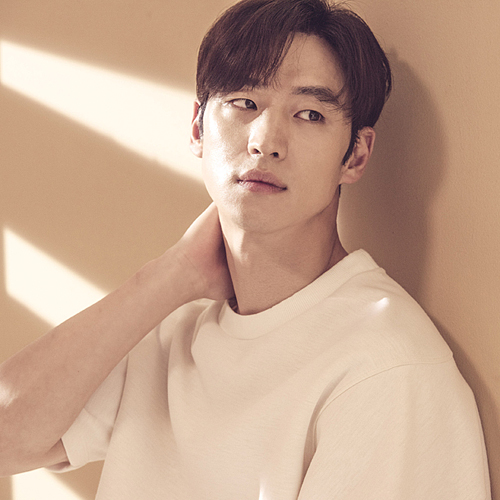 Actor Lee Je-hoon left a strong impression with the period epic “Anarchist from Colony” in June. The 33-year-old’s role as an independence fighter, who organizes an anarchist group during the Japanese colonial period (1910-45) proved to audiences what the actor is capable of in contrast to the soft roles he had played in “Architecture 101” (2012) and “My Paparotti” (2013).

Three months later, Lee is starring in another movie, “I Can Speak.” This time, he plays a rigid public official who gradually forms a close relationship with a grumbling grandmother Na Ok-bun (Na Muni), who bothers district office officials every day with complaints.

Ahead of the film’s release on Thursday, Lee sat with M Magazine, an affiliate of the Korea JoongAng Daily, for an interview. Below are the edited excerpts.

Q. “I Can Speak” seems like a light comedy, but it surprises audiences at the end by touching on the heavy topic of victims of Japanese wartime sexual slavery. What did you feel after reading the script?

A. I too was surprised after I finished reading the script. My attitude towards the script changed after realizing that Ok-bun is a comfort woman. I really liked how the script warmly deals with the issue with seriousness. But honestly, I was hesitant to take the role at the same time for that reason. I was worried that an inaccurate depiction of a heartbreaking issue might be painful to the victims.

Your role as a very rigid person suited you very well. Are you usually that inflexible?

When I work, yes. While working on a new project - from shooting until promoting - I don’t like to take short cuts. Once I make a promise, I try my best to keep that promise. If I think I can’t keep the promise, I don’t make it in the first place. When I chose to become an actor, I thought doing well as an individual would be good enough. But as time passed, I realized that great results come from good cooperation with the cast and crew. Though I try to be meticulous and stay alert while working, I don’t care about anything once I’m off work. 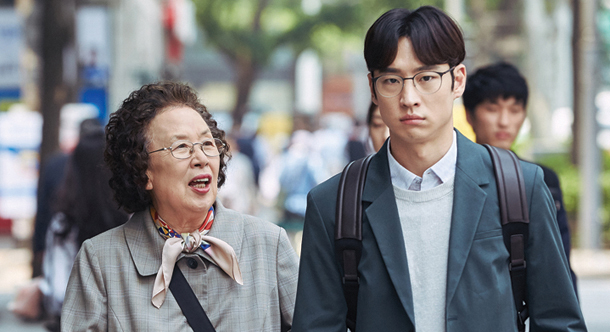 Lee Je-hoon plays a rigid public official in the upcoming drama “I Can Speak.” [LOTTE ENTERTAINMENT]

What is most crucial when it comes to acting?

It is hard to prepare for shooting scenes. The most important factor is the camaraderie among the actors. I’ve never insisted on acting the way I prepared while shooting. It is essential to understand your fellow actors in order to naturally fit in with them.

How was working with Na Muni?

I acted based on the emotions Na showed. I didn’t have to prepare anything special. I just trusted her and followed the flow of her acting.

The scene where your character says “sorry” to Ok-bun after realizing what she has gone through leaves a strong impression. It seems that the character is apologizing on behalf of the younger generation. How did you feel during that scene?

I wanted to express how sorry and embarrassed the younger generation feels [about not being able to understand the comfort women’s suffering]. These days, young people hardly live with their grandparents. As the movie nears the end, my character and Ok-bun form a grandmother-grandson relationship. I hope young people can feel the warmth of the relationship in that scene.

What kind of actor do you want to be?

I only want to exist as a character. I don’t want people to think of the actor Lee Je-hoon when they see my roles. I want to be remembered as the different characters I have portrayed. Before, I wished my acting and my identity to be strictly separated. I felt uncomfortable about showing who I am because I was afraid it would affect how audiences see my performance. But now my thoughts have changed. I think people these days accept that actors and the roles they play are separate. In that sense, I have been able to trust the audience more.

Is there anything you desperately want as an actor?

I hope not to feel embarrassed when time passes and I look back at this moment. Of course, I try to live every moment as an actor. [And I] sometimes enjoy momentary bursts of popularity. But what I desperately want more than that is for the effort that I put in to acting to become something earnest in the future. After all, in the end what is left is the work.