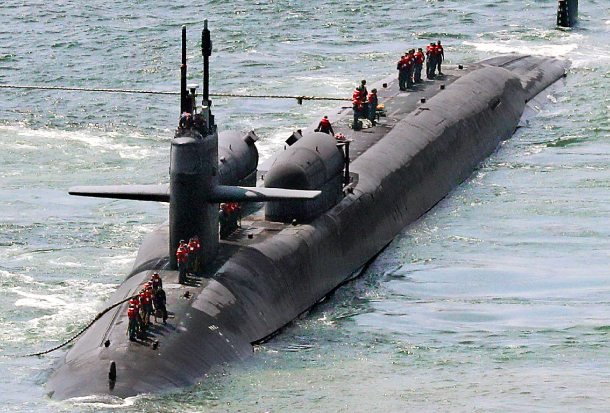 North Korea’s nuclear weapons and missiles have become rocks of various sizes after rolling for over 20 years. Kim Jong-un said on Sept. 15 that the completion of nuclear armament was near. He declared that the U.S. mainland would soon be within range of its nuclear-tipped missiles. In other words, deployment of long-, medium- and short-range missiles targeting Korea and Japan is already complete.

North Korea having such a wide range of nuclear missiles is a sort of “third way” in nuclear armament. The nuclear development of India and Pakistan as a result of China-India and India-Pakistan confrontations was locally limited. North Korea wants to become a nuclear power alongside the United States, Russia and China. Perhaps a North Korean version of a nuclear strategy will be unveiled. As North Korea is small, one tactical nuclear weapon can devastate it. Its nuclear armament is not for national security but for the safety of its leader. It shows the DNA of a military state that began from guerilla warfare.

Realistic deterrence of North Korea’s nuclear threat is urgent. The key is the effectiveness of America’s nuclear umbrella. Some South Koreans distrustful of the nuclear umbrella support South Korea’s nuclear armament or redeployment of tactical nuclear weapons. However, South Korea’s nuclear armament is an empty argument, rhetoric that provides temporary relief to frustration and helplessness.
Redeployment of tactical nuclear weapons is also unlikely. Both South Korean and American authorities are not considering it. For now, the nuclear umbrella is the only option. The United States promises to provide extended deterrence that includes a wide range of military options including conventional strike capability. The problem is anxiety among some South Koreans. In case of emergency, the mobilization of strategic bombers from Guam and aircraft carriers spread across Asia takes time. North Korea has medium- and short-range missiles aimed at the air force base in Guam and denial tactics against aircraft carriers.

It is fair to say that the United States’ nuclear capabilities might be a “paper tiger,” at least in South Korea. South Korea and the United States need to consider permanent deployment of a nuclear umbrella equivalent to redeployment of tactical nuclear weapons in South Korea. Submarines loaded with nuclear weapons patrolling the seas near the Korean Peninsula is another option. Public announcement itself is a deterrent to North Korea.

At the same time, it is the policy of the United States not to expose nuclear weapons. Strategic flexibility of expanded deterrence and creative applications are needed. The foundation is trust between allies.

Another option is an asymmetrical response. An offensive conventional strategy based on economic power would also be necessary. The joint military exercises between South Korea and the United States are the Achilles heel of North Korea. North Korea failed while conducting response drills to the annual war games between 1976 and 1993, ending up exhausting its oil and food supply. North Korea is not a system that can neglect enemies’ military exercises.

Pyongyang’s nuclear weapons should be turned into a trap, not a secret weapon. We must not let failure of imagination stop us from curtailing North Korea’s nuclear ambitions.

*The author is the Tokyo bureau chief at the JoongAng Ilbo.