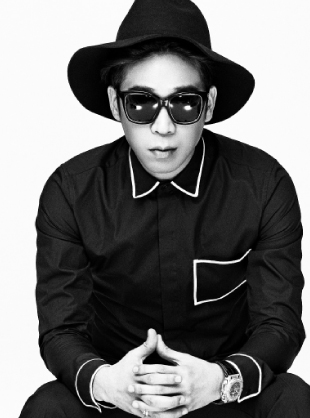 Singer MC Mong had a private meeting with director Han Dong-chul, who is known for being the director of cable channel Mnet’s singing competition program, “Produce 101.” Despite the meeting, the rapper did not mention making a return to entertainment, according to MC Mong’s agency, Dream Tea Entertainment.

MC Mong uploaded a video of Han visiting his studio on Instagram Monday. Some wondered whether MC Mong will be appearing on JTBC’s new TV audition program for idol singers titled “Mix Nine.” Yang Hyun-suk, the founder and the CEO of YG Entertainment, will be touring agencies across the country in search of new stars in for the show.

MC Mong is a musician known for tracks including “Circus,” “Ice Cream” and “A Letter To You.”

The rapper faced backlash from the entertainment industry after he was embroiled in controversy for allegedly extracting teeth in an effort to exempt himself from mandatory military duty.