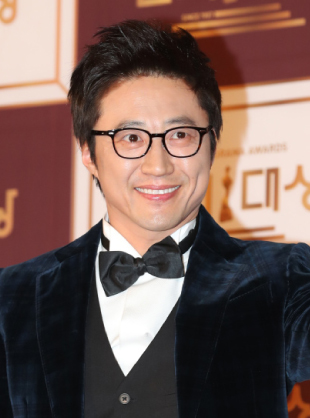 Actor Park Shin-yang will make an appearance on the upcoming SBS reality show “Nae Bang Annaeseo” which translates to “Guide to My Room,” and will fly to Barcelona, Spain to film on Oct. 1.

On the show, Park will live in the home of Francesca Llopis, a well-known painter and installation artist from Spain, for five days. The program will air during the Chuseok holiday.

Through the show, the audience will be able to learn how others around the world live in addition to learning about the featured celebrity’s lifestyle and beliefs.

“Life is a journey. I hesitated a long time, but then I thought, ‘When will I ever get such an opportunity again?’” said Park.

The actor will visit Francesca’s favorite pub in Barcelona, and also meet her artist friends. His schedule will be planned by Francesca, so he will get to see various sides of the city. Meanwhile, Son Yeon-jae, a former rhythmic gymnast, comedian Park Na-rae and Buddhist monk Hyemin will each also make appearances on the show.