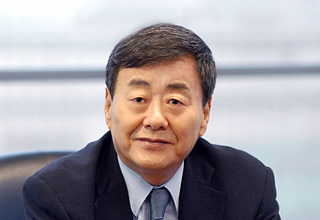 Kim Jun-ki, the founder and chairman of Dongbu Group, resigned from his post Thursday, 10 days after a former secretary filed a sexual harassment complaint with the Suseo Police Precinct in southern Seoul.

“I intend to resign from my chief positions at Dongbu Group and its affiliates today out of judgment that my personal conduct should not cause burden to the company,” Kim said in a statement. “I sincerely apologize for causing trouble to the group, shareholders, investors, customers, and Dongbu’s executives and employees.”

A former secretary has accused the 72-year-old chairman of inappropriately touching parts of her body on a regular basis between February and July, when she quit after working for Kim since 2014. Police said she has submitted video footage showing Kim’s conduct.

Dongbu Group has acknowledged there was physical contact but insists there was also mutual consent. The company argues the former secretary had malicious intent and blackmailed the chairman, saying she would release the video clips if Kim did not pay 10 billion won ($8.8 million).

Kim is currently receiving medical treatment for unspecified ailments in the United States. Lee Keun-young, former head of the Financial Supervisory Service, has been named as his successor.

Kim founded Dongbu in 1969 and expanded it into a sprawling conglomerate with businesses in insurance, finance and electronics.

Before his resignation, he was one of few founders still leading the company he created, the so-called first generation of chaebol CEOs.