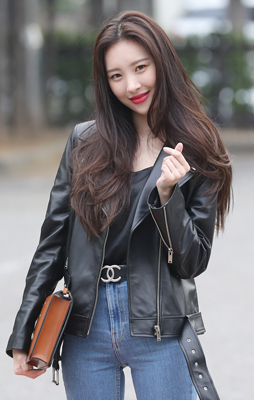 Sunmi of Wonder Girls, a girl group that split 10 years after its debut, will take part in “The Unit,” a KBS 2TV reality show aimed at launching new collaboration teams of former and current idol group members, which will premiere on Oct. 28, according to News1.

Sunmi, who was known for her dancing when performing in Wonder Girls, recently released a single track, “Gashina,” in August, and “24 Hours” in 2013.

Besides Sunmi, Hyuna of the girl group 4minute, which split in June 2016, is also appearing as a mentor in “The Unit.” Rain, Hwang Chi-yeul and Jo Hyun-ah of the R&B trio Urban Zakapa will also be mentors on the show.

Shooting for the show will begin next Thursday to Saturday.