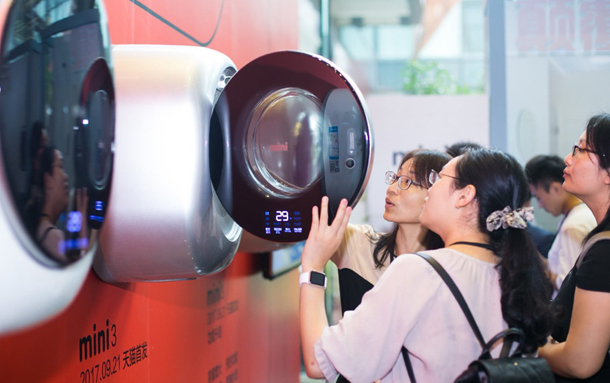 Dongbu Daewoo Electronics is working with Alibaba Group to expand its market share in China by selling its latest wall-mounted washing machine on the Chinese tech company’s online shopping platforms.

The Korean electronics company held a launch event for the new model, part of its “Mini” washing machine line, at Alibaba’s headquarters in Hangzhou on Thursday.

“The aim is publicize the release of the new Mini model and increase awareness in the Chinese market through our collaboration with Alibaba,” Dongbu Daewoo said.

The company will have an exclusive page on Alibaba platforms Tmall and Taobao, which handles 80 percent of all online shopping transactions made in China.

Having first started sales in China in 2013, Dongbu Daewoo’s Mini became the first Korean electronics device to win the Top 100 award from the Design Intelligence Award in China, according to the company.

The latest Mini model will come with Internet of Things technology so that the device can be controlled remotely via smartphone and send messages to the user when their laundry is done.