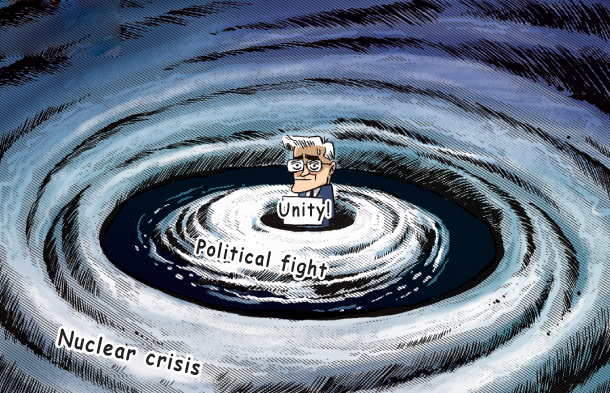 Despite President Moon Jae-in’s plea for a meeting with opposition leaders to tackle various challenges, including the North Korean nuclear crisis, the chairman of the main opposition party, Hong Joon-pyo of the Liberty Korea Party, rejected the overture and criticized the ruling party for attacking previous administrations.