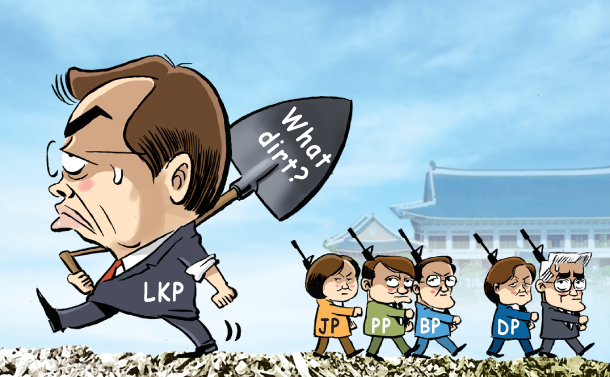 The main opposition Liberty Korea Party (LKP) decided not to participate in Wednesday’s meeting at the Blue House with President Moon Jae-in, criticizing the government’s campaign to dig up dirt on past conservative administrations. Meanwhile, the ruling Democratic Party (DP) and other opposition parties, including the Justice Party (JP), People’s Party (PP) and Bareun Party (BP) agreed to join the meeting.