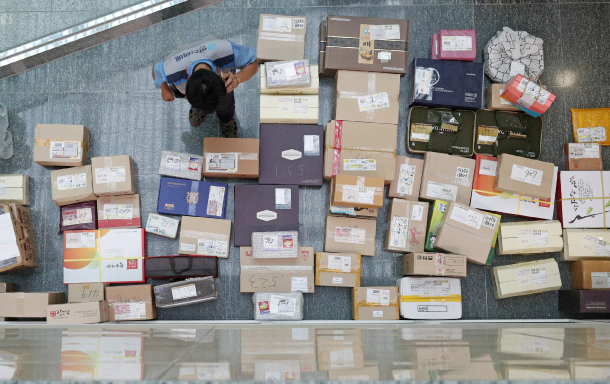 Dozens of Chuseok gifts are piled up in the lobby of the National Assembly Office in Yeouido, western Seoul, on Tuesday, the first anniversary of the implementation of the antigraft bill widely dubbed the Kim Young-ran bill. Lawmakers are not subject to the bill, which applies to teachers, public servants and journalists. [YONHAP]