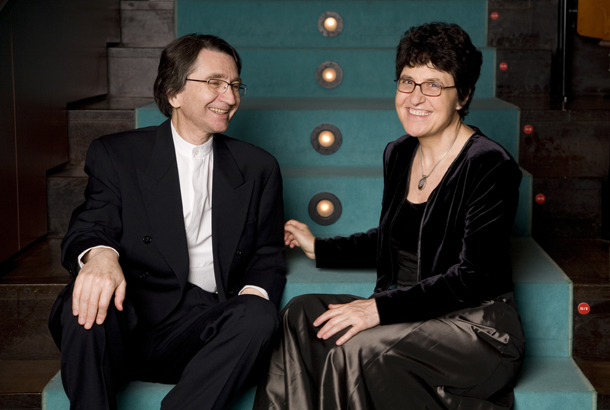 Oct. 7: A new kind of festival to promote living a more relaxed life, the event will feature a screening of “La La Land” with the film’s famous jazz score performed live by the Ditto Orchestra under the baton of score composer Justin Hurwitz.

In the second part of the program, the legendary German film score composer Hans Zimmer with his 19-piece studio band, an orchestra and choir will perform soundtracks off his many films including “The Lion King,” “Pirates of the Caribbean” and “Dunkirk.”

Oct. 14: Rafal Blechacz became one of the biggest names in classical music after he won all five top prizes at the 15th International Chopin Piano Competition in 2005, the first pianist to achieve the feat. In his first performance in Korea, he will be playing the songs of Bach, Mozart and Chopin, and showing off his incredible talent that has won him a slew of the biggest awards in classical music.

Oct. 21: Korea’s first music group composed entirely of producers is returning for a 27th-anniversary concert appropriately titled “Homecoming.” The group is coming together for a performance after seven years apart.

As a pioneer of the feature performer format, 015B is a ‘90s icon. They were the first in Korea to invite guest singers to perform songs that they composed and famously regarded a singer’s voice as one of their “instruments.” In this regard, they were able to write songs without considering the characteristic of a particular singer’s voice, instead finding suitable performers for their music. The third album they released, “The Third Wave,” sold a million copies, a testament to their popularity.

That is how influential Evgeni Koroliov is in the world of Bach music.

Koroliov is globally regarded for his mastery of classical music, proving his worth by receiving awards at various international competitions including the Van Cliburn International Piano Competition and International Johann Sebastian Bach Competition. From 1978 to 2015, he was a teacher at the Hochschule fur Musik und Theater in Hamburg, Germany.

Nov. 19-20: One of Germany’s most well-known orchestras, the Berlin Philharmonic founded in 1882, is performing in Korea for its sixth time. This will be the last performance with Simon Rattle as artistic director.

Rattle, who hails from Liverpool, England, is highly rated as one of the most revolutionary and distinctive conductors, and his collaboration with the Berlin Philharmonic’s authentic sounds have created fresh and exciting work. The orchestra remains one of the most powerful in the world and boasts legendary figures like Wilhelm Furtwangler and Herbert von Karajan among its conductors.

To Oct. 8: The Tony Award-winning musical set in New York City first premiered in Korea in 1996 and has lasted the test of time with its crowd-pleasing tap numbers and lavishly choreographed performances. 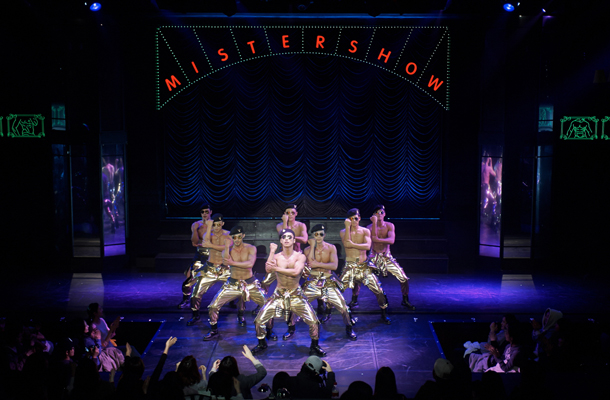 To Oct. 16: Directed by Kolleen Park, Mr. Show is a production only for women above 19. In this performance, hot and sexy guys take the stage and provide an exciting escape for the audience.

Nov. 1-5: Anna Karenina is married to an austere man but finds her married life boring. One day, she falls in love with a very optimistic and funny man, the astute Count Vronsky.

While Anna hesitates to have an affair, Vronsky persists, and eventually, they begin dating. After their affair is discovered, Anna finds herself caught between her ethical obligations as a wife and her desires. The story is based on the novel of the same name by Leo Tolstoy.

The story revolves around a boy named Hansel living in East Germany in 1988. One day, an American lieutenant proposes to marry Hansel if he changes his gender to female.

Hansel eventually decides to adopt the name Hedwig and undergoes a sex change operation, but it fails. He flies to Kansas only to find that he has been dumped.

A story of mixed fate and cruel love, “Onegin” is a premier example of a drama ballet. The compact storyline of passionate lovers and their separation keeps the audience glued to their seats. 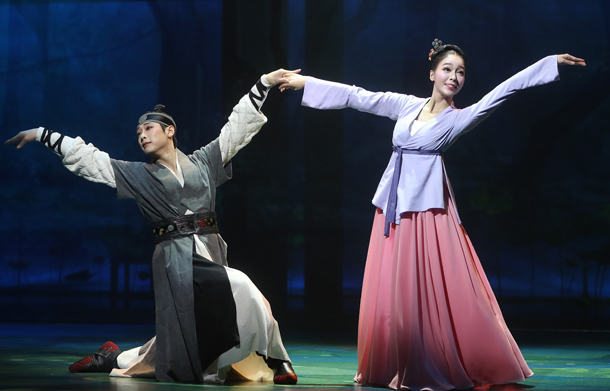 The traditional dance drama “Lotus: A Flower Comes Out Once More,” is being staged at the Jeongdong Theater in central Seoul through Oct. 29. The Jeongdong Theater’s performances have been especially favored by visitors from abroad for presenting various aspects of traditional Korean theater in one show. This story combines two traditional folktales: “The Sea Bream” and “Igongbonpuri.” [YONHAP]

To Oct. 29: Korea’s most elegant traditional dance drama is in theaters now.

The “Tale of the Sea Bream” from Korea’s Three Kingdoms period and a myth called “Igongbonpuri” combine to form a new tale of “Lotus: A Flower Comes Out Once More.” It is the heartbreaking love story between the best dancer and singer of the court, Seo-ryeon, and the great Gen. Do-dam about the obstacles they endure together to fulfill their love for each other. Will they have a happy ending? Viewers will have to find out themselves.