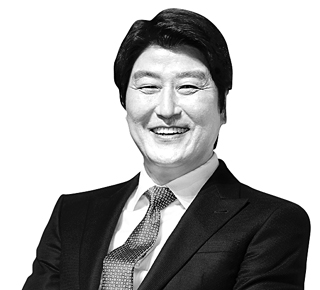 Ilgan Sports, an affiliate of the Korea JoongAng Daily, has chosen 30 “Power People” this year whose jobs range from acting, singing, producing and writing to running an entertainment company and even President Moon Jae-in for his huge influence on popular culture.

The mass survey, which started in 2014, was conducted by 150 people - 50 each insiders from the broadcasting, film and music industries. Each person got to choose five people.Compared to last year’s survey, the spectrum of jobs has widened, which means there are more people than celebrities honored for their contributions to popular culture.

Actor Song Kang-ho of “A Taxi Driver” and “The Age of Shadows” won first place. Scriptwriter Kim Eun-sook was selected as the fifth most powerful person. She had taken second place last year.

Kim has become particularly well known after the KBS2 drama “Descendants of the Sun,” and the tvN drama “Guardian: The Lonely and Great God.”

Singer Lee Hyori ranked sixth, the highest score for any television personality. She premiered on the JTBC TV show “Hyori’s Homestay,” which aired from June 25 to last Sunday.

Former Korean traditional wrestler and a current television personality, Kang Ho-dong, ranked 12th with his active roles in JTBC TV shows such as “Please Give Me One Meal” and “Knowing Bros.”

Meanwhile, the ranking of popular comedian Yoo Jae-suk dropped sharply to 18th from third place last year and second place from the year before.

Actress Kim Hee-sun, who played a lead role on the JTBC drama “Woman of Dignity,” is now 17th, the only actress in the top 30.

Boy band Wanna One has been ranked second, as the power of these 11 boys seems stronger than ever.

Not only are broadcasting companies striving to win their time and air them on their channels, but companies also compete to have Wanna One in their advertisements.

BTS became the second K-pop act to have their Korean-language song on the Hot 100, after Psy’s major hit track, “Gangnam Style.”

President Moon has found himself in 25th place. This is the first time for a president to be selected for the “Power People” survey.

The result implies that Moon has had a significant and positive influence across the cultural industry.

All in all, the results show that the trend in pop culture has constantly changed and that people with diverse types of jobs - from entertainer and CEO to producer and even the president - are all playing their part to shape the nation’s cultural character.