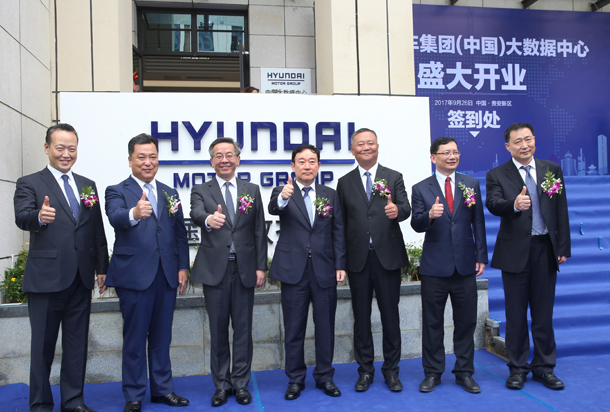 Hyundai Motor opened its first big data center in the southwestern Chinese province of Guizhou on Tuesday in an effort to better penetrate the Chinese market, where the Korean automaker has been suffering this year from poor sales.

The company said the data center will be used to analyze information about Chinese consumers to better understand the market and hopefully be used later to serve connected cars. The center is housed in the Guian New Area, where Guizhou has invited global tech giants like Alibaba, Apple and IBM to establish their own data centers. Hyundai Motor is the first automaker to set up shop there.

The automaker is working with China Unicom, the country’s second-largest mobile carrier, to analyze data from its 400 million subscribers.

Korea’s largest automaker has been pursuing development of connected car technology since 2013, when it set up a wireless system called Hyundai Car Cloud in Korea. The company hopes its technology will find a market in China as well.

“The new center will regularly monitor the operation of local vehicles, remotely diagnose a car’s condition and automatically upgrade the car for better driving efficiency and convenience,” Hyundai said in a statement Tuesday. “The collected social and public data will become our asset.”

Hyundai Motor has been struggling in the Chinese market, where sales were down by nearly half in the first six months of this year compared to last year. Still, the automaker has been aggressively pursuing partnerships on connected car technology in China. The company’s vice chairman, Chung Eui-sun, personally signed the agreement to establish the center in Guizhou last November.

In 2015, the automaker worked with Chinese tech giant Baidu on a smartphone platform for cars called Car Life. By the end of this year, Hyundai plans to install a navigation system called Baidu MapAuto and a voice recognition service called Duer OS Auto in its Chinese models. The automaker said it is also considering collaboration with Baidu on smart home devices, artificial intelligence technology and self-driving cars.